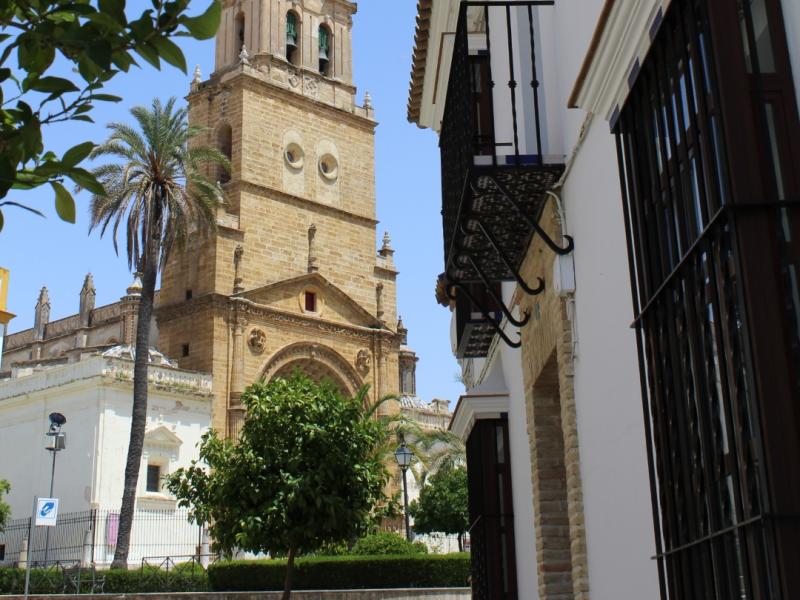 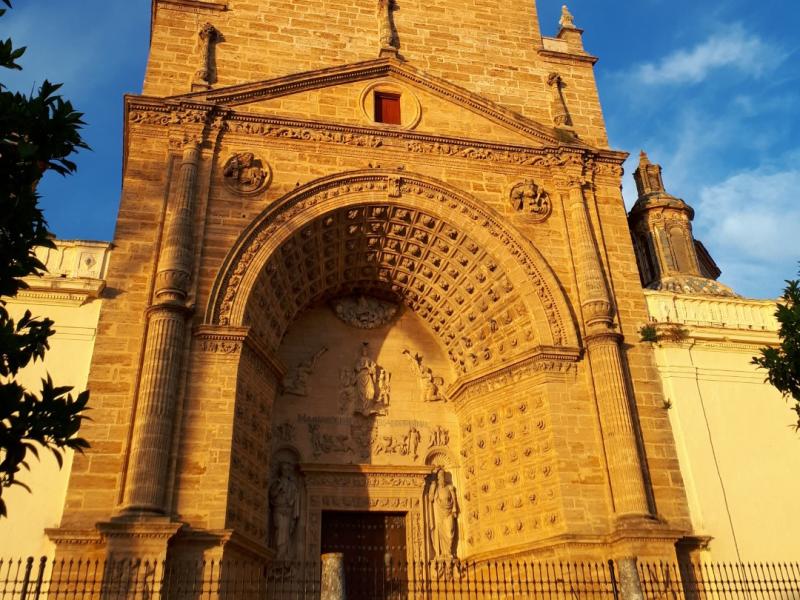 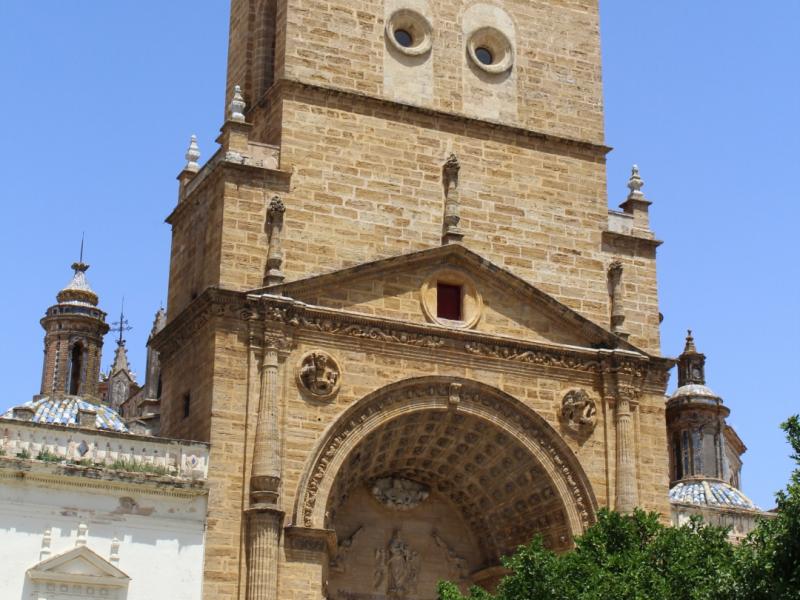 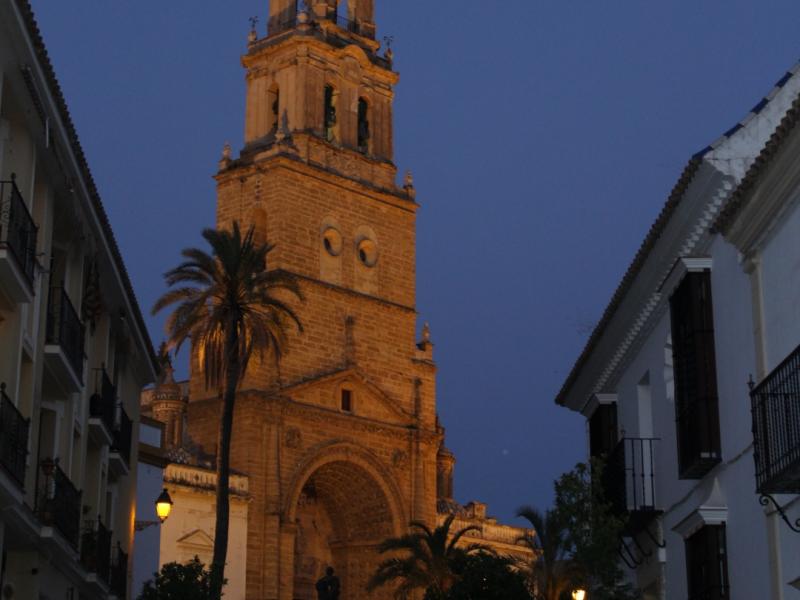 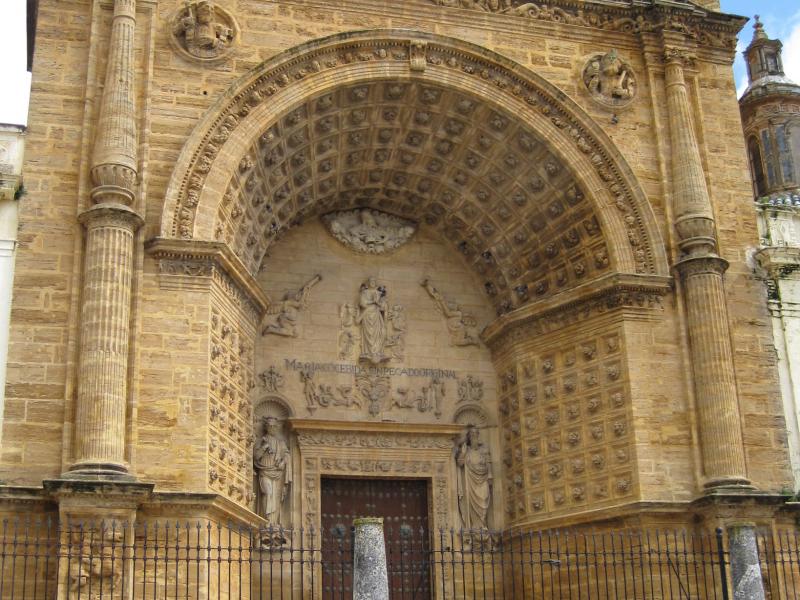 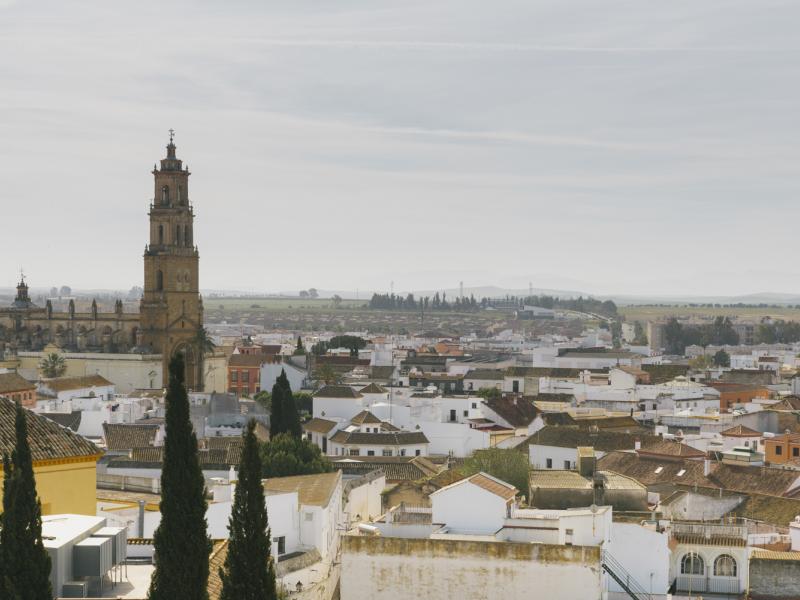 The church was declared a National Historic and Artistic Monument by Decree of 2 February 1979 (BOE of 9 April 1979). The temple, dedicated to Our Lady of the Assumption, is commonly known as Santa Maria de la Mesa because it stands on a hill.

The church has five naves divided by pillars and chapels on the sides. An organ and a large choir with 61 stalls occupy the west end of the central nave. There is also a lectern in the centre of the choir. Also noteworthy are the Tabernacle chapel, the Sacramental chapel and the Sacristy. The Sacristy holds a marble table, the image of the Cristo de los Quebrados, and a 16th-century sculpture of a Crucified Christ. However, the jewel is in the Rectoral, a panel painting of Our Lady with the Child by Bernardino Luini (1480-1532), one of the foremost disciples of Leonardo da Vinci.

The central panel of the high altarpiece, dedicated to the Assumption of the Virgin, depicts three scenes of Saint Mary’s ascent to heaven. Francisco Ballesteros and Martín Moreno (c. 1660) are the authors of this artwork. Prominent local individuals are buried in the burial crypt under the nave.

The Puerta del Perdón is an exceptional portal in the Spanish Renaissance-style. It is the only one of its kind with a splayed, coffered portal. The over 60-metres high Santa María Tower stands over both sides of the doorway. As the materials used show, the upper levels are from a post-Renaissance period. The 1755 Lisbon earthquake destroyed the upper levels of the original tower, which were rebuilt by several master-builders, including Miguel Ruiz, a Utrera native. 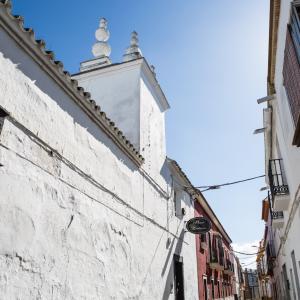