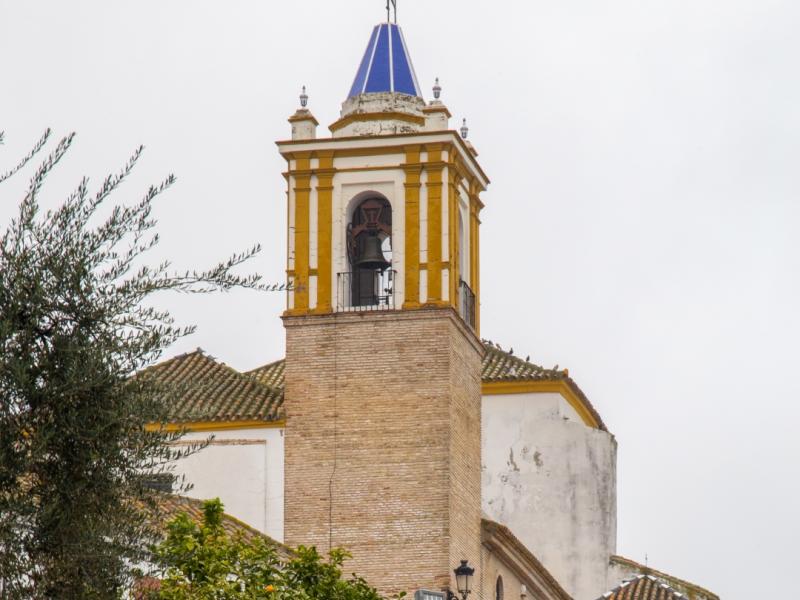 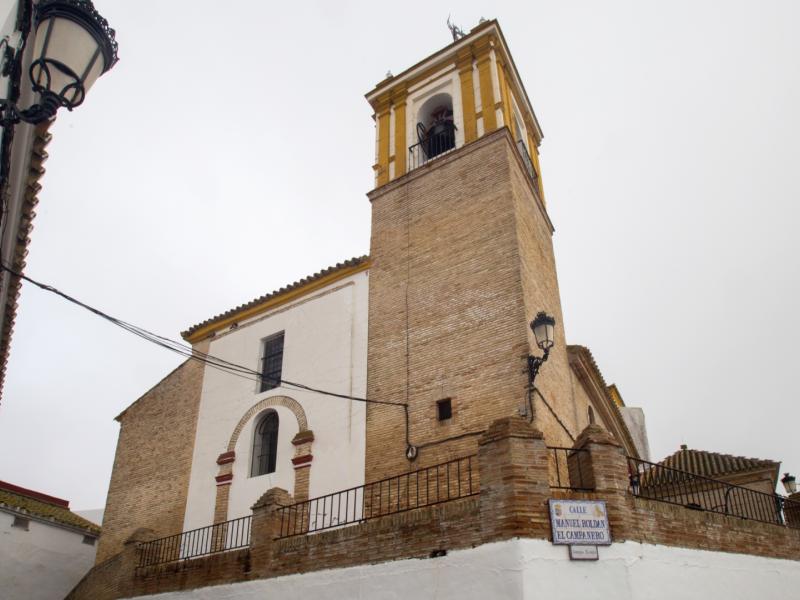 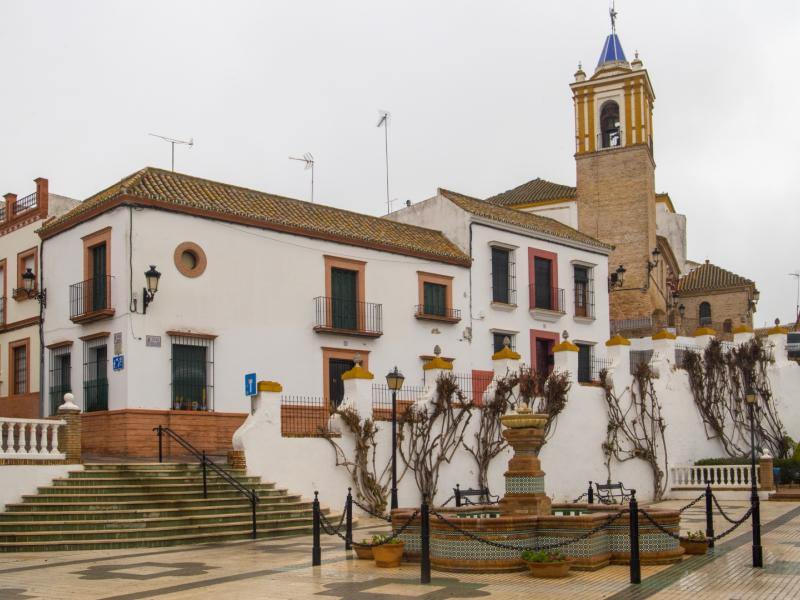 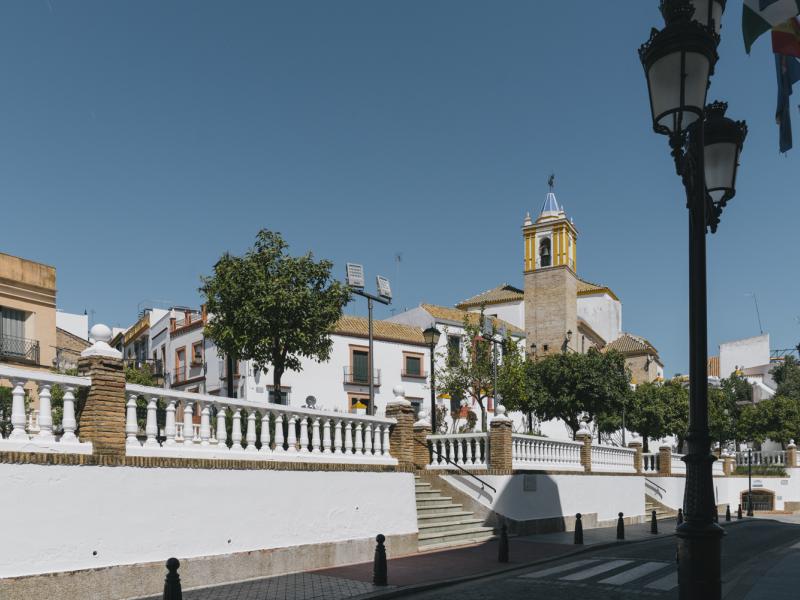 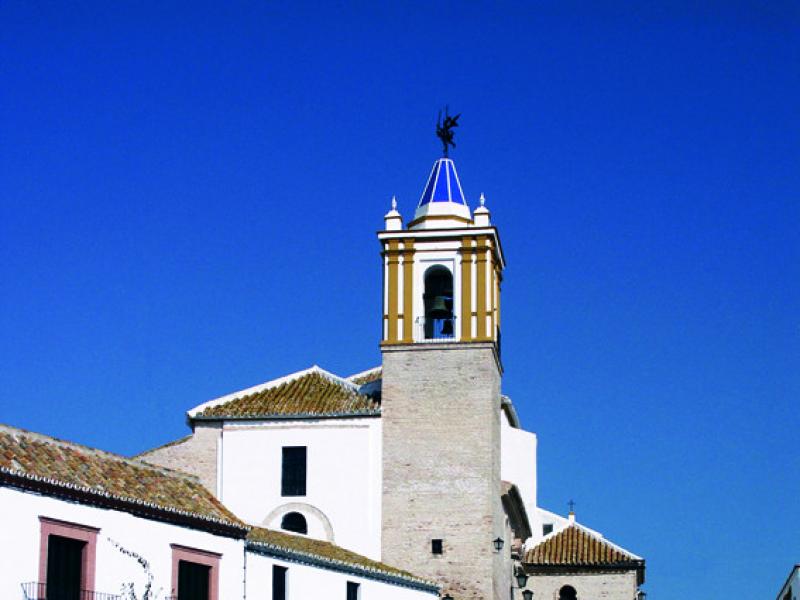 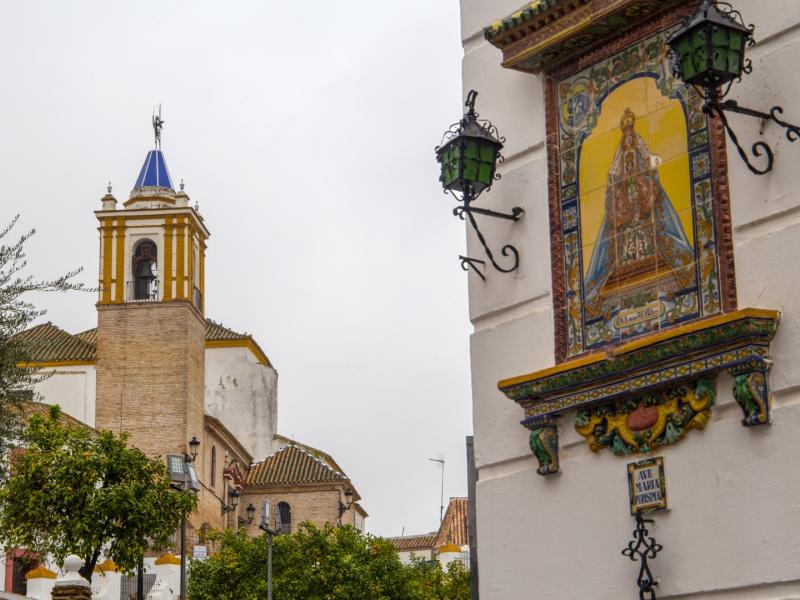 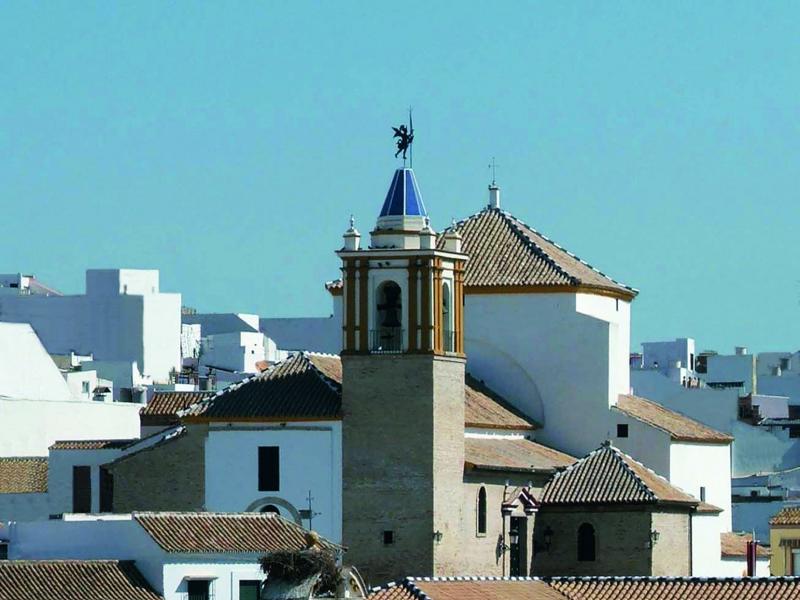 The Parish Church of Santa María del Alcor is built over a Franciscan shrine from 1260. The shrine was formerly dedicated to a Muslim marabout. The church was built between 1470 until the early 16th century. The building has undergone continual renovations. The most important ones took place in 1640 after a massive fire; in 1837 after the confiscation of church properties by the State; and in 1936 when it was plundered by anticlerical mobs during the Spanish Civil War.

It is built in the Sevillian Mudejar-style with three naves separated by cruciform columns that support semi-circular arches with an alfiz and a polygonal apse crowned with a Renaissance dome. The central nave is twice as long as the side naves. The church is covered with a very plain-coffered ceiling.

The low choir or “sotocoro” with Rococo choir stalls is located at the west end. The presbytery holds the main altarpiece of neoclassical-style with three panels, each with two sections, rests on a massive predella. The ensemble is crowned by a cornice presided over by the image of Santa María del Alcor, the patron saint of the town, and the upper Lignum Crucis. Two enormous 17th-century paintings, with Venetian influence, of Saint Catherine and Saint Francis of Assisi receiving the stigmata, are situated on the sides of the altarpiece.

Highlights on the Gospel side include the Chapel of Cristo del Amor, built on a Punic defence tower, a Renaissance altarpiece, the Sacristy, with a carved wooden chest of drawers from the early 18th century, and the Sacramental Chapel, with a neoclassical altarpiece presided over by Our Lady of Sorrows. 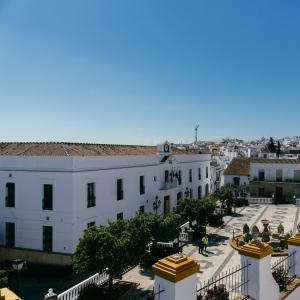 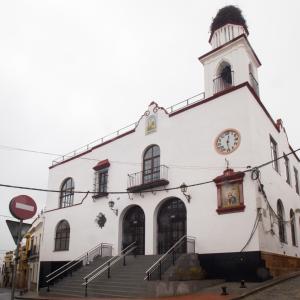 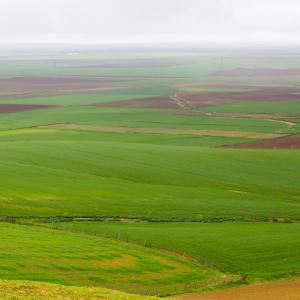