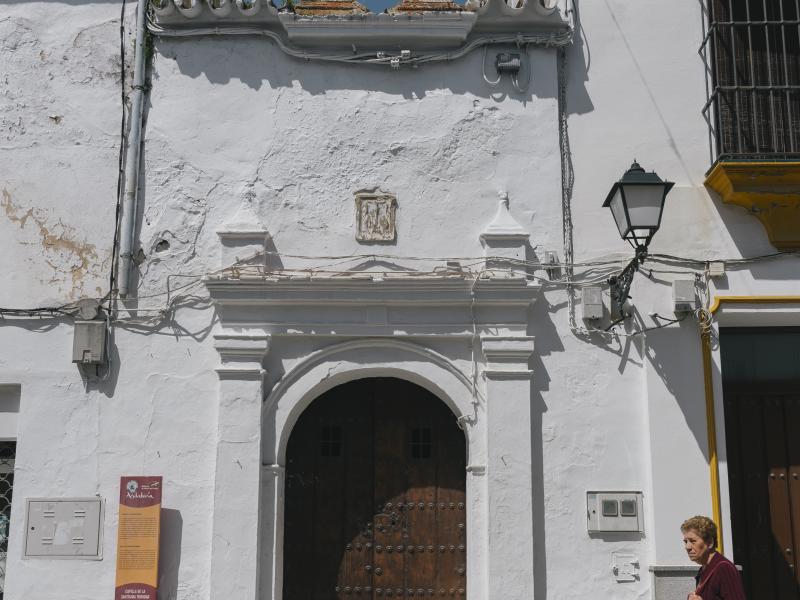 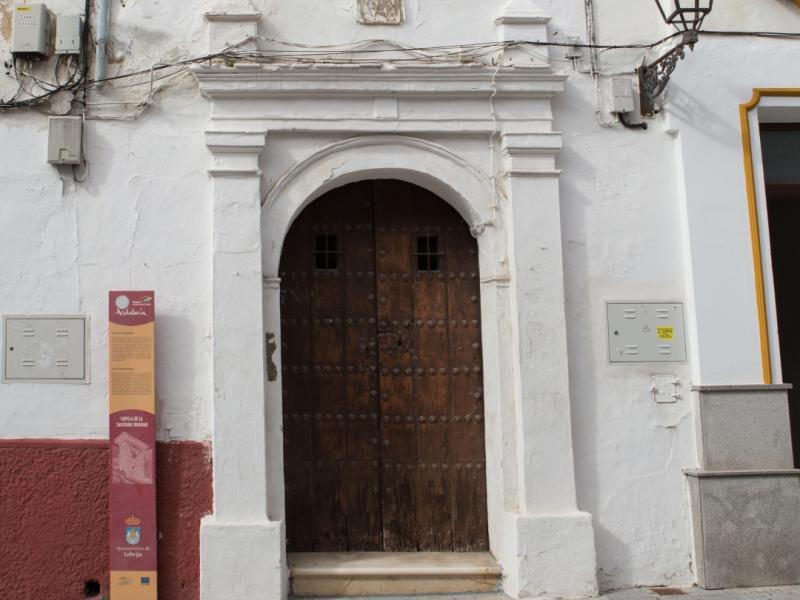 In the early 18th century, the presbyter Cristobal Francisco Halcón de Cala built this small chapel-oratory dedicated to the Holy Trinity inside his house. This old, brick and masonry chapel was built in 1714-1719. The single nave is covered by different types of ceilings. The sacristy is located behind the high altar. Outside, the façade consists of pilasters, broken entablature, straight pediment and a tympanum decorated with the Trinitarian coat-of-arms.

The simple, baroque-style facade is crowned with a brick bell gable. Above the entrance is a small relief of the Calvary.

The Holy Trinity Chapel is divided into two areas, one for the faithful and the other for the altar covered by a semi-dome with what remains of the geometric wall paintings. The gilded, polychrome altarpiece that presides over the chapel is attributed to the workshop of the Navarro sculptors.

The renovation works began in September 1995, when the Daughters of Charity of Saint Vincent De Paul left the chapel, and it was closed.

A large part of the building was demolished during the renovation works. Special care was taken to maintain the 18th-century chapel, where some of the walls are still covered with 16th-century Sevillian tiles.

Since 2007, the building is a nursing home for over 50 elderly people. 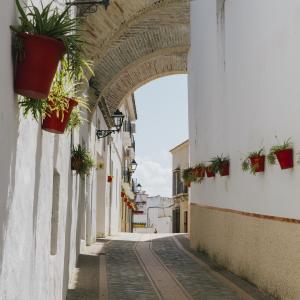 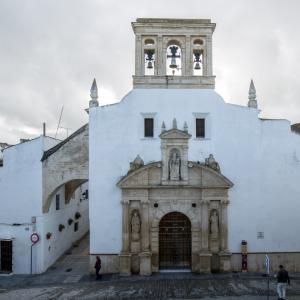 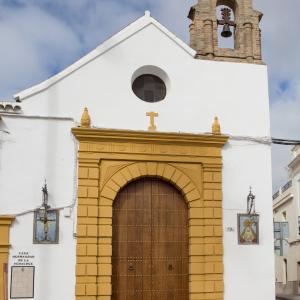 80
0
Chapel of the Veracruz
Lebrija 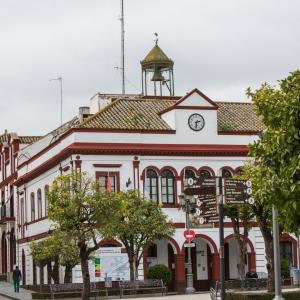 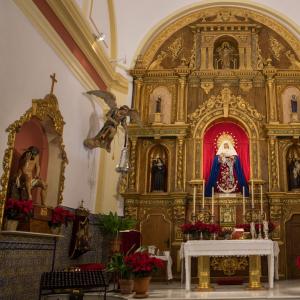