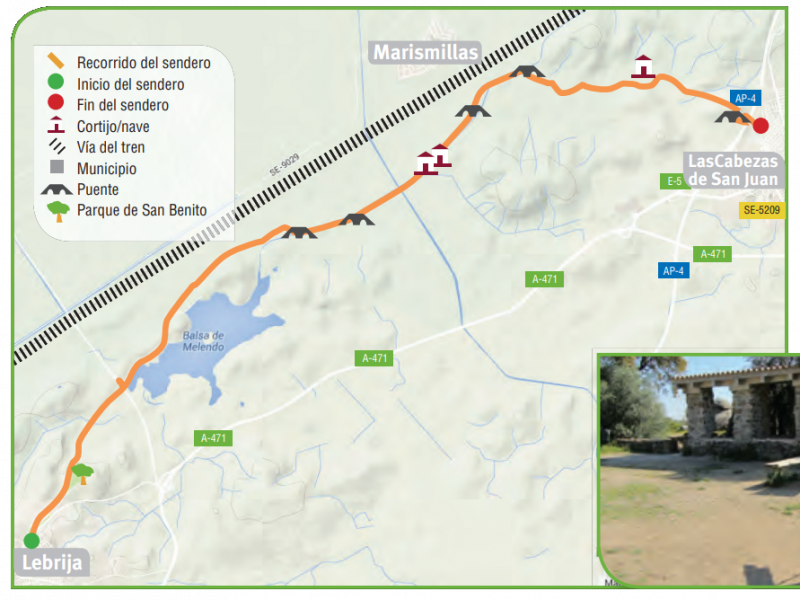 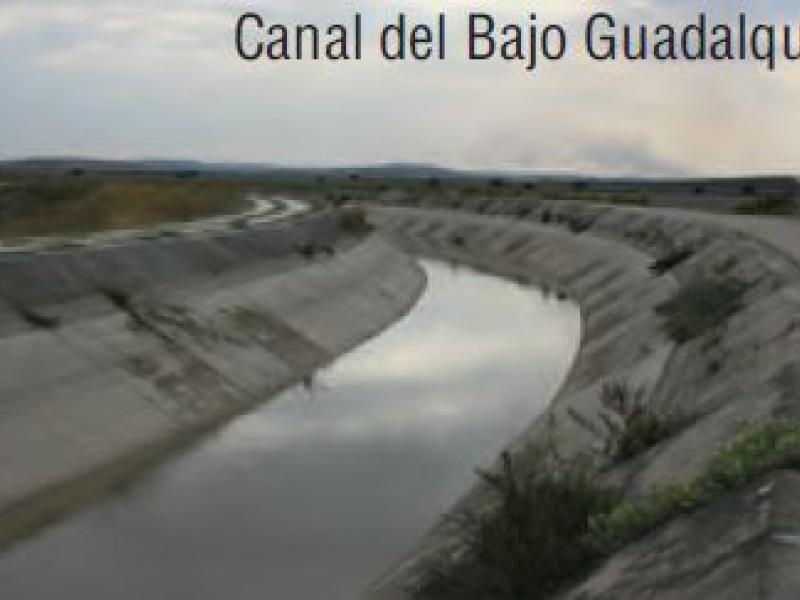 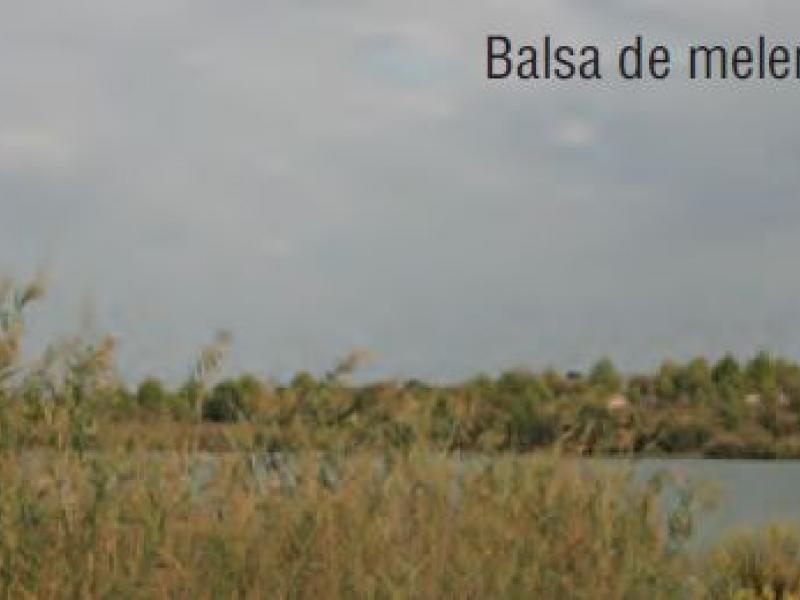 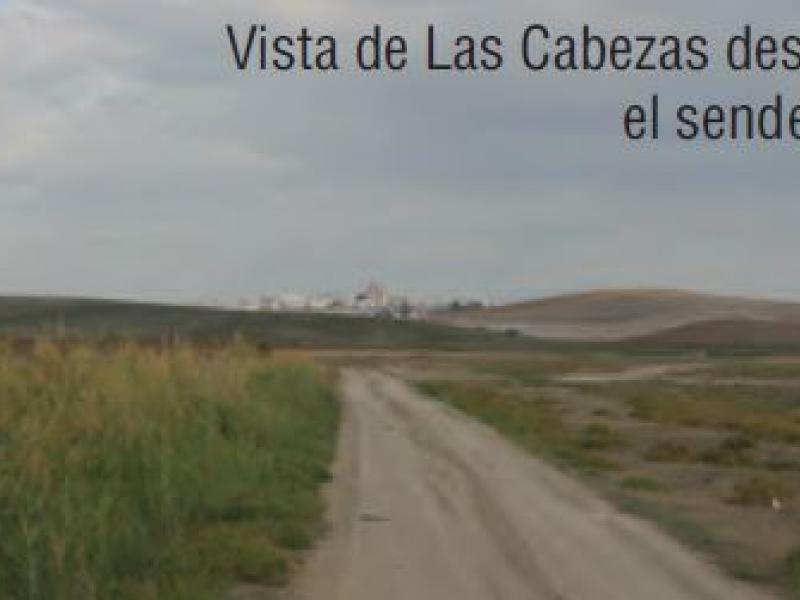 The St. James’s Way that ultimately leads to Compostela starts at the so called Camino del Fontanal, which starts at the entrance of Lebrija by the road of Las Cabezas de San Juan. The route starts taking an asphalt road that soon turns into a dirt path which circles the San Benito Park running among gardens and farms.

Shortly afterwards, the route crosses the road and follows the yellow arrows to access the path that circle the Melendo Pond. The way, which becomes once again an asphalt rad at the last crossroads, circles this pond, becoming at some point a path of compacted reddish e earth that, leaving the pond behind, reaches the Canal of the Lower Guadalquivir at the level of the first bridge.

The route continues in the direction of the canal on the left bank, with the railway train to the left and crop and cotton fields to the right. Further on there is a second bridge, which the route uses to cross to the right bank of the canal and continue along it. At the level of an abandoned cortijo (farm), there is a third bridge, that the route crosses before continuing along the left bank. To the left, the railway tracks and the hamlet of Marismillas stand out among the cotton fields.

Further on there is a fourth bridge, that the route leaves behind without crossing it, at at the level of the fifth bridge it crosses to the right bank and follows the yellow arrows to take a steep turn and leave the canal’s enclosure. Them it crosses crop fields and livestock sheds, and goes up a slope to reach a service road that leads to a walkway over the AP-4 highway, after which stands the town of Las Cabezas de San Juan, which is the destination of our route.

Linear. Starts at the so-called Camino del Fontanal in Lebrija and ends at Las Cabezas de San Juan, entering the town by the walkway over the AP-4 highway. The route is signalled at the main crossroads by means of the yellow arrows that signal the entire Way of St. James.

The comments are moderated, so it takes a while to appear. If they contain offensive language they will not be published.
Towns
Lebrija
Las Cabezas de San Juan