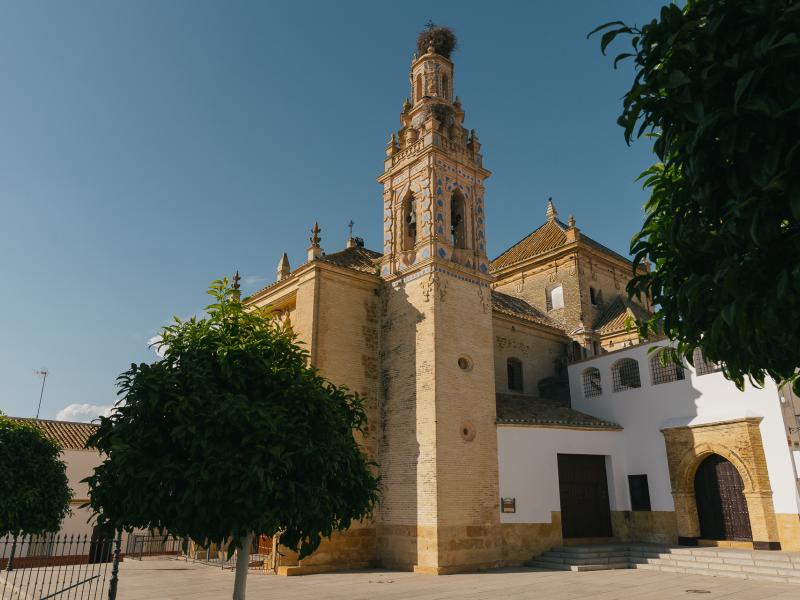 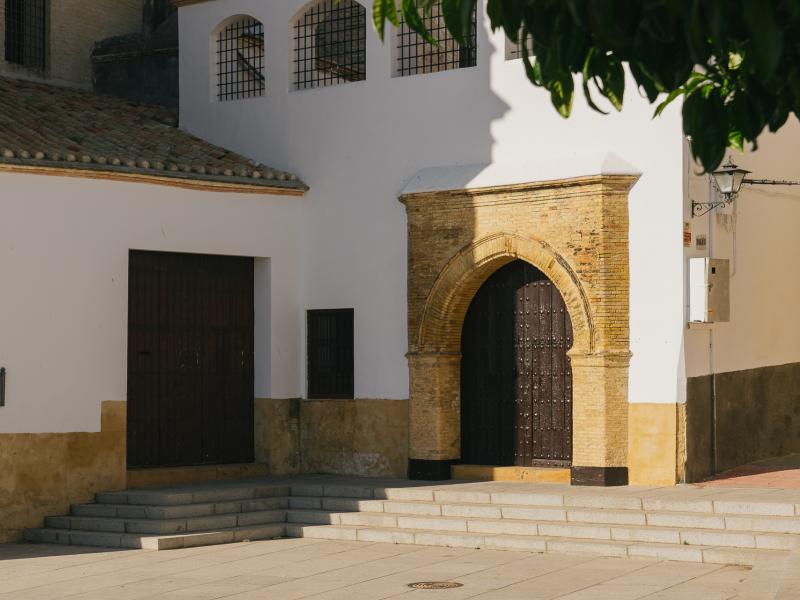 This 18th-century Church (1745-1757) owes its name to the image of the Holy Christ of Mercy that presides over the high altar.

The brick-and-masonry building has a two-level entrance topped by a gable. The main entrance is formed by a semi-circular arch supported by encased pilaster with plant decorations, topped by a split, curved pediment with a hanging ornament of neoclassical style. The second level or gable rests on this pediment, and the pattern repeats itself. The coat of arms of the charity hospital is emblazoned on the gable. This whole complex is defined by buttresses and abutting columns and fruit cluster embellishments.

The current façade does not have the original aspect since it has undergone renovations starting in the early 20th century. This consisted of the inclusion of a stained glass window with the image of the Sacred Heart of Jesus in the gable.

The tower has three levels. The belfry and its ornamental top bear witness to the building skills of Alonso Ruiz Florindo (1722-1786). The base consists of three rows of sandstone blocks that can be seen throughout the chapel’s perimeter.

The chapel consists of a single nave with a Latin cross plan, divided into five sections and a very long transept. The two side chapels were added at different times; therefore, do are not part of the original structure.

Three entrances led to the exterior of the chapel. The main entrance can still be found at the foot of the building, in its original state and use. The second one is behind the present-day altarpiece of Our Lady of Sorrows, and the third was next to the tower to facilitate access from the chapel.