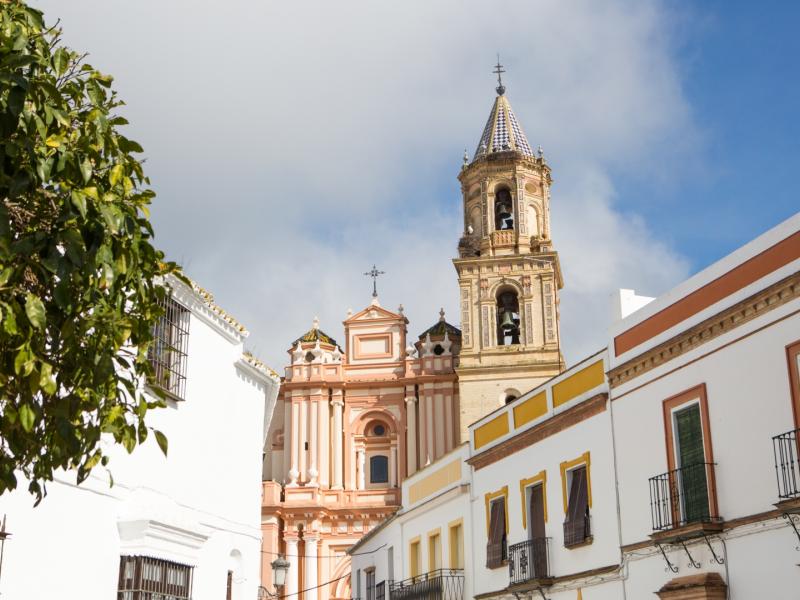 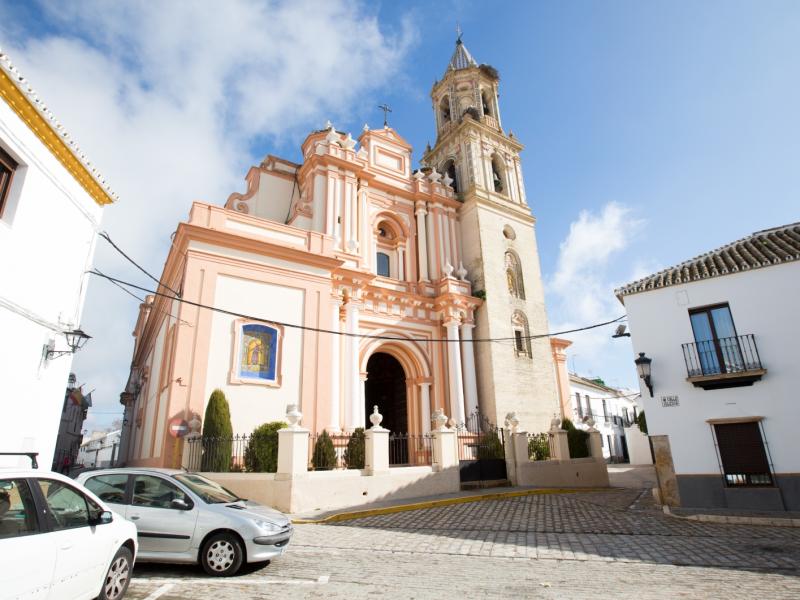 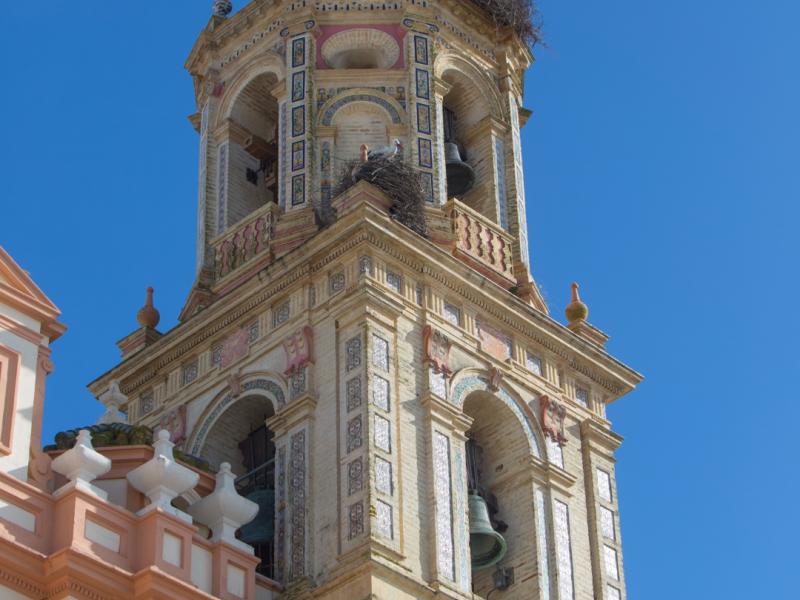 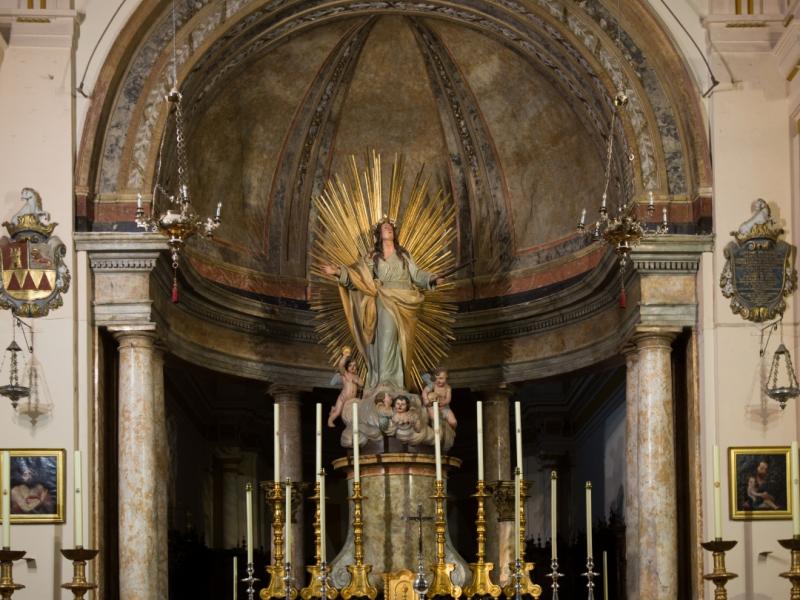 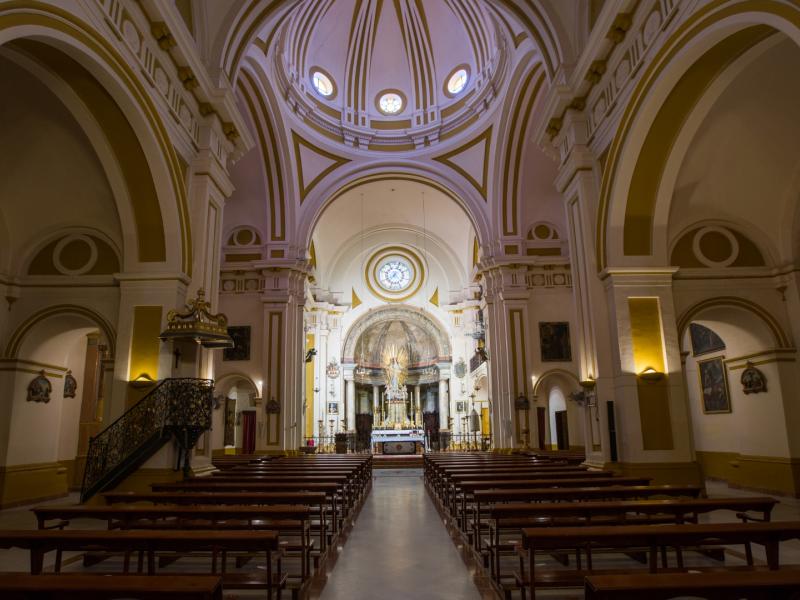 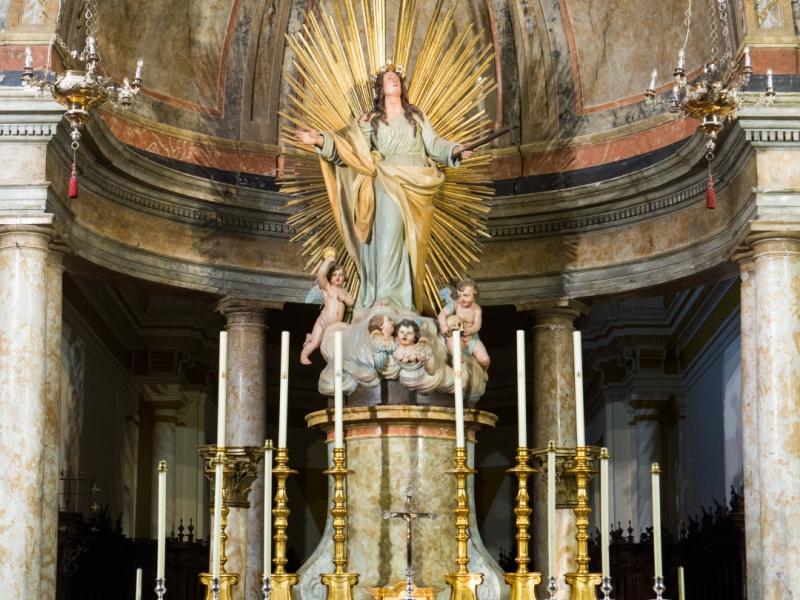 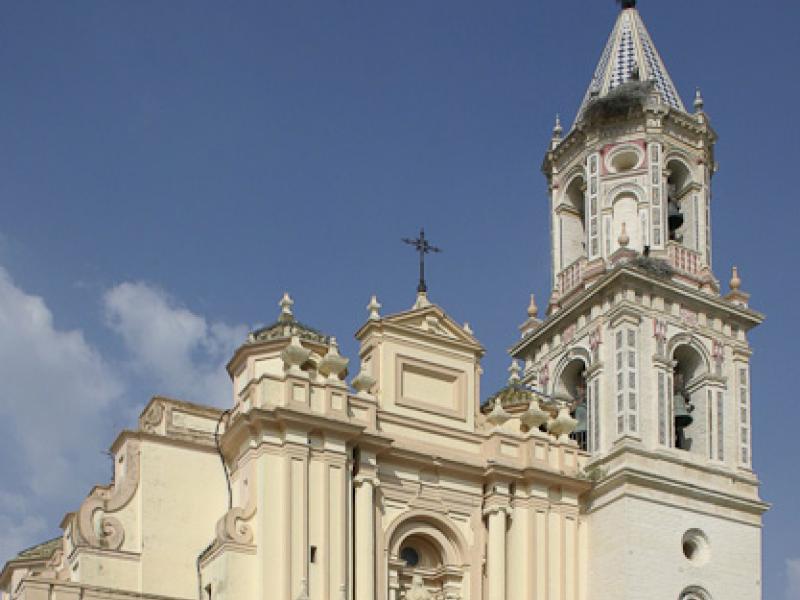 The former Mudejar parish church was destroyed by the 1755 Lisbon earthquake. Only the baroque Tabernacle and tower remain. In 1776, the current neoclassical Church was built in its place, under the directions of the architect Lucas Cintora.

This Neoclassical building has three naves, a transept and a choir situated behind the presbytery. It is considered one of the most outstanding works in this style in the province of Seville, as regards its size and coherent design. The tower has three levels and a pyramidal capital, the first two being quadrangular and the last octagonal. In the presbytery, behind a marble column, is the large polychrome wooden sculpture of Santa María Magdalena made in 1800 by Antonio Marzal.

Following the French trends, the choir is situated behind the main altar. The choir stalls, from 1769, were fitted into the rear of the presbytery: They have been attributed to José Victorino Casaus. This master woodcarver also made the organ case for the organ built by Francisco Pérez de Valladolid around 1769. The Tabernacle is an independent structure by Ambrosio de Figueroa (1763). It was partially renovated during the construction of the new Church.

There are several neoclassical altars in the side aisles, graced with images sculpted by Pineda Calderón, as well as several 17th and 18th-century paintings. The outstanding goldwork is by Francisco de Alfaro.

Noteworthy also is the parish archive, which contains books dating as far back as 1528. 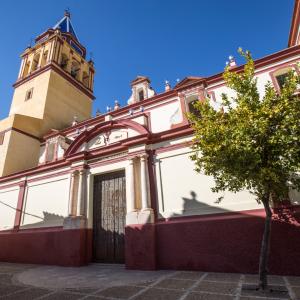