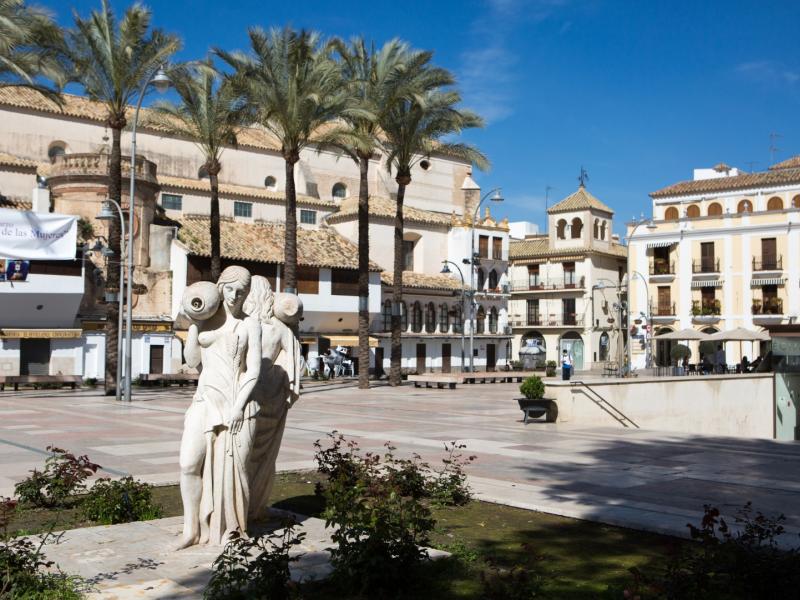 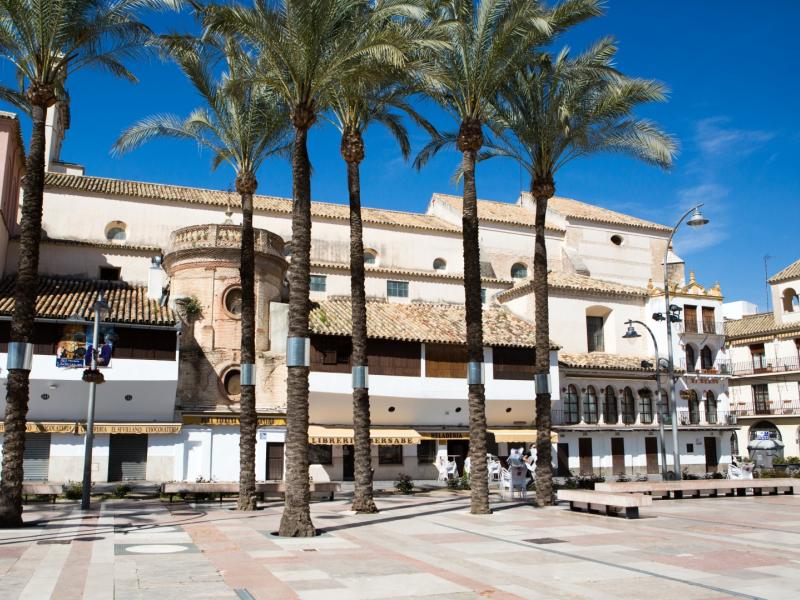 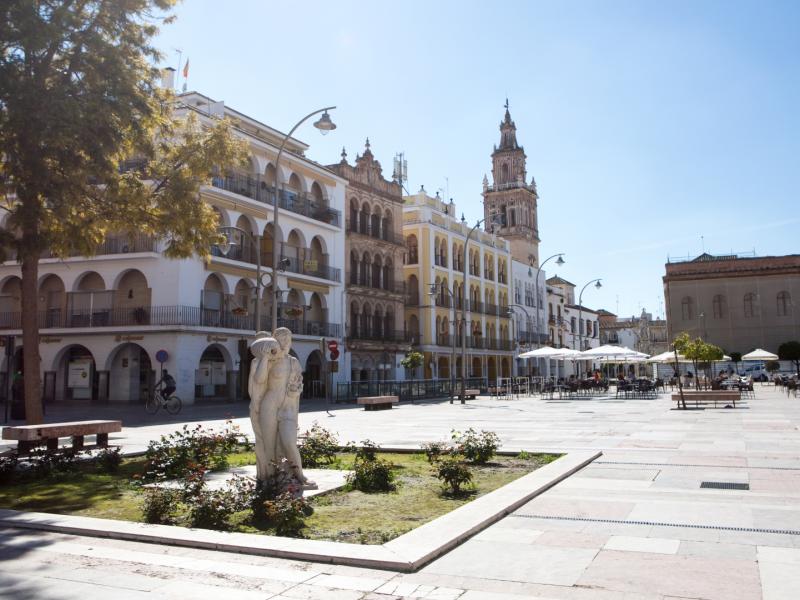 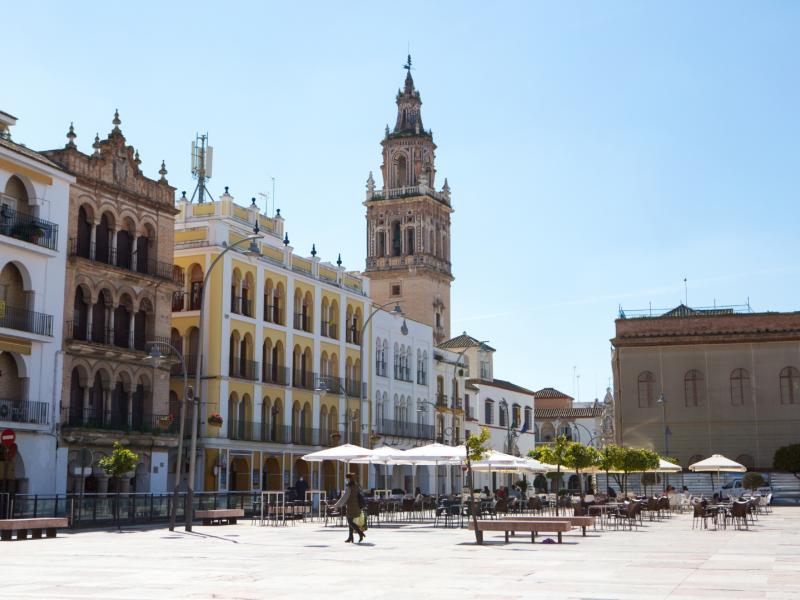 The Plaza de España, popularly known as the "Salon", is located near the forum of the Roman "Astigi", where a splendid set of mosaics remain intact. It has probably been the heart of the city, the historical, social and recreational centre of Ecija, since the 15th century. It is built over important archaeological remains; a Roman pond and fragments of the temple dedicated to the imperial cult dated from the 1st century are integrated into the pavement, and collective Moorish tombs have been found from the Arab city built in the area at a later date.

Since medieval times, it has taken the form of a square with arcades in the Castilian style. Architecturally speaking, it is a monumental complex of balconies and churches, including the Baroque churches of Peñaflor and Benamejí, from the 18th century, and the balcony of San Francisco, next to the austere 17th century Baroque carved stone monastery doorway. The lofty Franciscan belfry of light masonry covered with fragmented tiles dominates the area.

Ecija's Main Square was praised by the playwright from Ecija, Luis Velez de Guevara, in his work El Diablo Cojuelo (The Lame Devil) as being "the most emblematic in Andalusia". 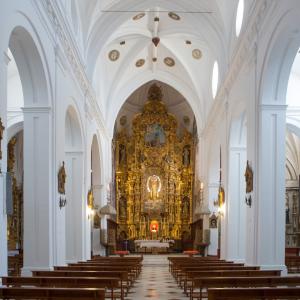 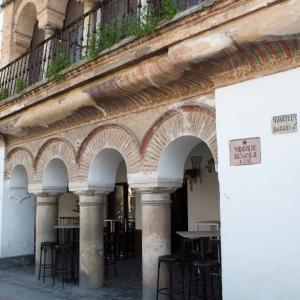 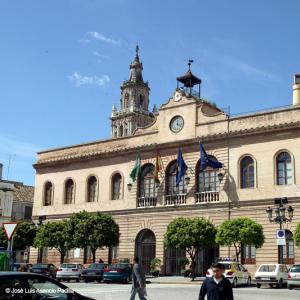