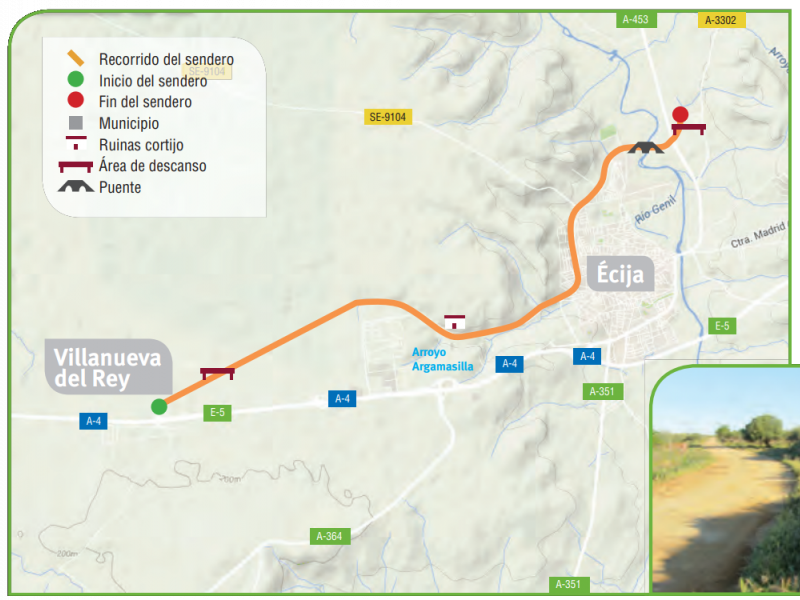 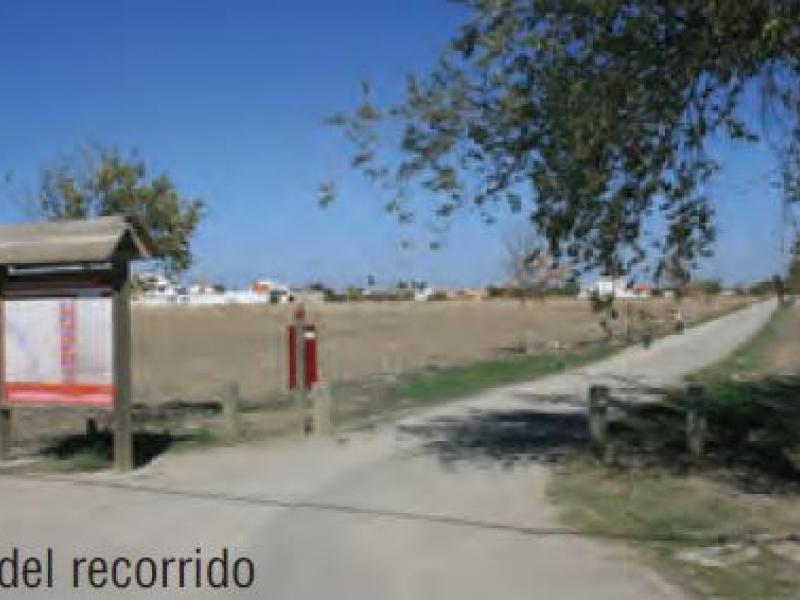 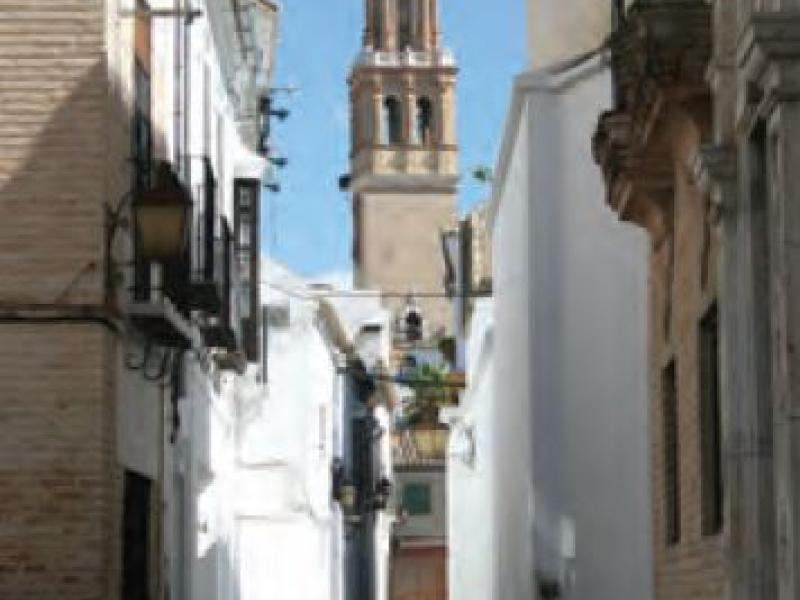 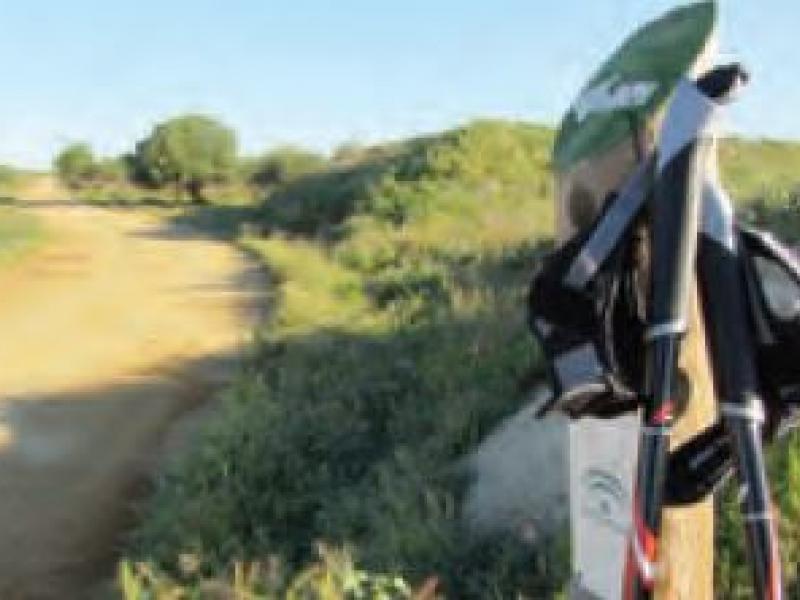 This route uses the tracing of the La Campiña Nature Trail, which  runs along part of the old Cordoba-Marchena railway line and crosses the towns of Fuentes de Andalucía, La Luisiana and Marchena, all three in the province of Seville. The route starts by a road restaurants in the road that leads to Villanueva del Rey (in the province of Córdoba), which may be reached taking exist 461 of road A-4.

At this point stands an informative panel on the La Campiña Nature Trail, and is a good vantage point to assess the straight road ahead, lined by scattered casuarinas and eucalyptus, that constitutes this route. After crossing several roads, the rod takes gradually to the right among olive groves dotted with cortijos (farms) until reaching the main road.

From this point, the route runs parallel to the road but perfectly isolated from it by means of a wooden fence. Finally, the route arrives at a small roundabout where the start of the urban routed is indicated by signals. The route continues straight on (taking the appropriate exit at roundabouts to keep this direction), crosses the town of Écija by the Avenida del Ferrocarril, which takes its name (Spanish for the Railway Avenue) from the original tracing of the railway line, until it reaches the bridge over the Genil River. At this point, the road forks in two, To the right stands a stone bridge and to the left, an iron bridge which was used by the railway line. This road takes the road to the right in order to access, after about 50 metres, to the high elevated footbridge that crosses the A-453 road to Palma del Río. After this footbridge there is a wooded area with abundant shadow with is the final point in the route.

We recommend to complete this route with a visit the town of Écija to enjoy its rich historical and cultural heritage.

Linear. Starts at the A-4 3exit to Villanueva del Rey and ends at a small resting area after crossing a footbridge over the La Palma del Río road. The points of interest and crossroads along the field are well signalled.

The comments are moderated, so it takes a while to appear. If they contain offensive language they will not be published.
Towns
Écija