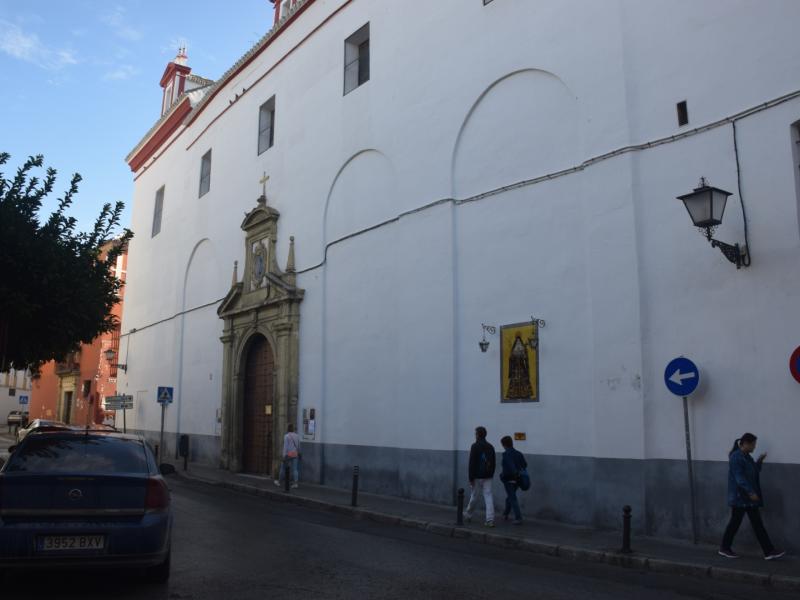 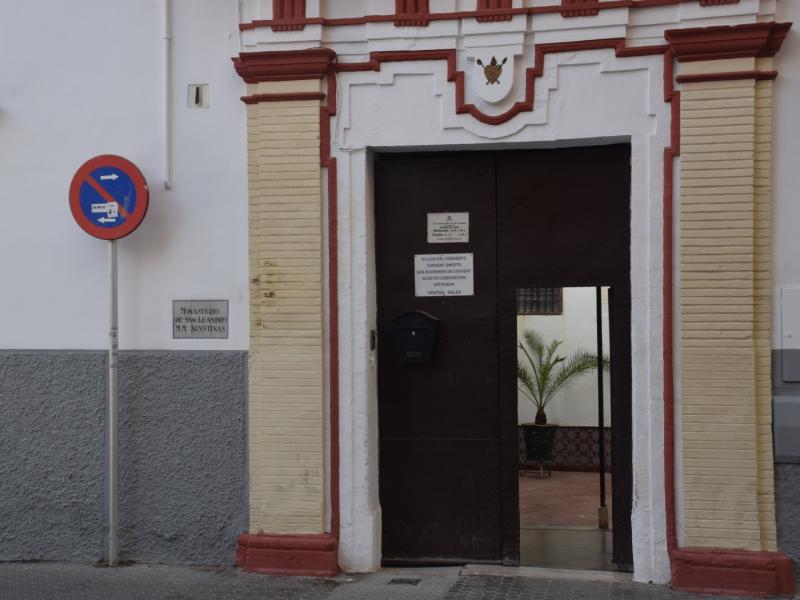 The Convent of San Leandro is located in the historic centre of Seville, in an area of great importance in the old town of Seville. The building has an almost quadrangular floor plan, with three exterior façades. Access to the convent is through an opening located in the front corresponding to the Plaza de San Ildefonso, which leads to a small compass. It has two galleries with small metal pillars and a third one with columns. On its perimeter, the rule door and the visiting rooms, as well as the lathe, can be found.

After the aforementioned rule door, by means of a bend access, you can go to the cloister. This place, also called the "large courtyard" or "central courtyard", has a rhomboid structure, with a double gallery of raised arches on the ground floor and a semicircular arch on the upper floor. The galleries are supported by marble columns, and are framed with alfiz elements. The walls of the cloister, on the other hand, are covered with basin tiles, which alternate with other smooth ones. In the centre of the courtyard, an interesting polygonal fountain with a central bowl can be found.

Around this cloister, the main rooms of the convent, arranged in their different wings, are placed: The church and lower choir, the interior sacristy, the chapter room, the refectory and the abbess's office.

On the outside, the complex has three façades. The main one, which is located in the Plaza de San Ildefonso and on Caballerizas street, has whitewashed walls and a series of linteled openings. The entrance to the convent is very simple.

The façade corresponding to Plaza de San Leandro and Zamudio street includes the entrance to the church. It consists of a semicircular span framed by Tuscan pilasters, topped by a broken triangular pediment. The coat of arms of the Augustinian Order is placed in the centre, while two pyramidal tops crowned with balls can be found on both sides. The ensemble is finished off by a curved pediment crowned with a cross.

The third façade, located on Imperial street, has a similar layout to the previous ones, with its whitewashed walls and lintelled openings. 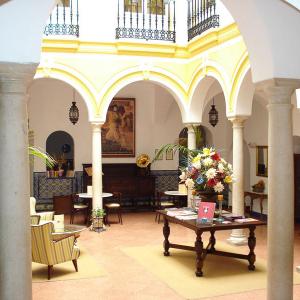 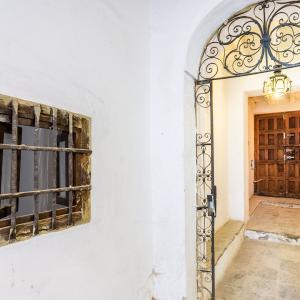