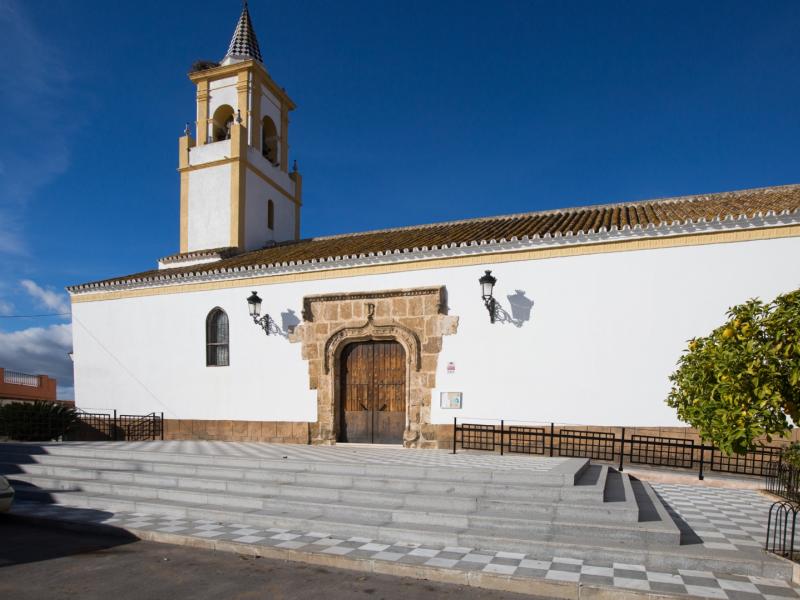 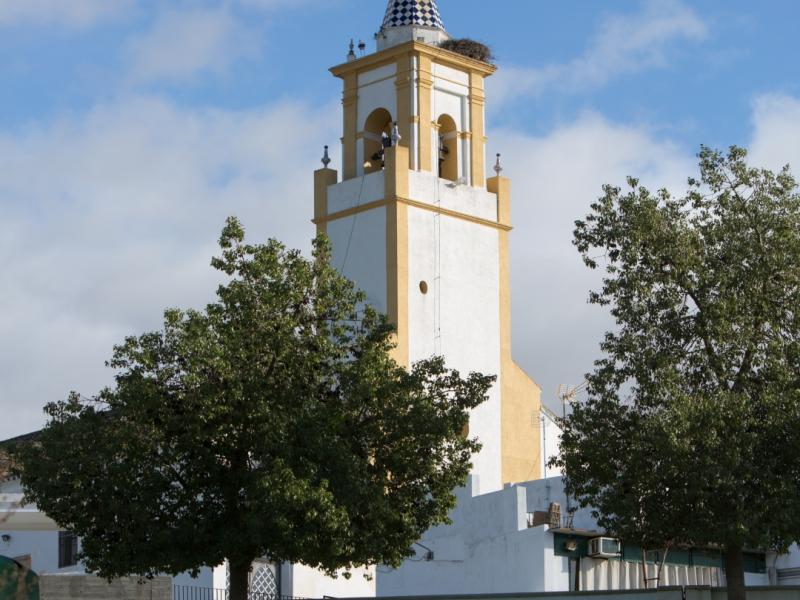 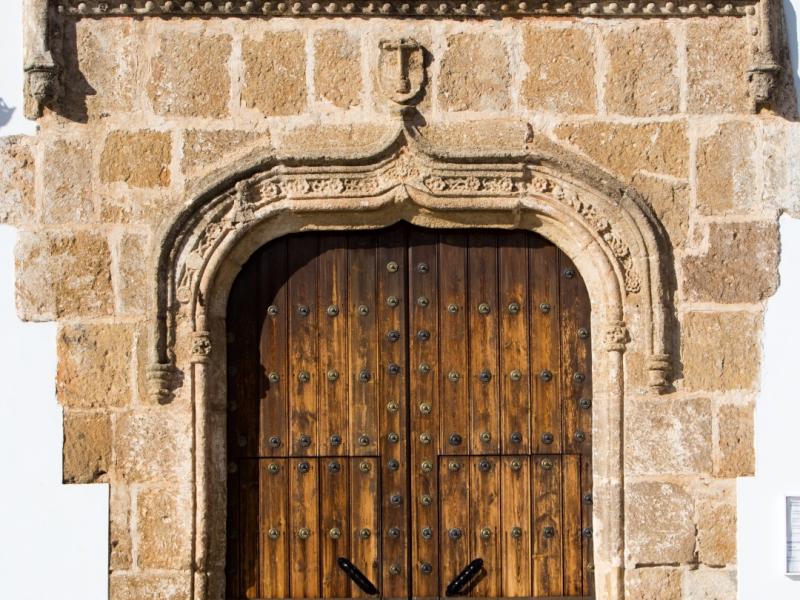 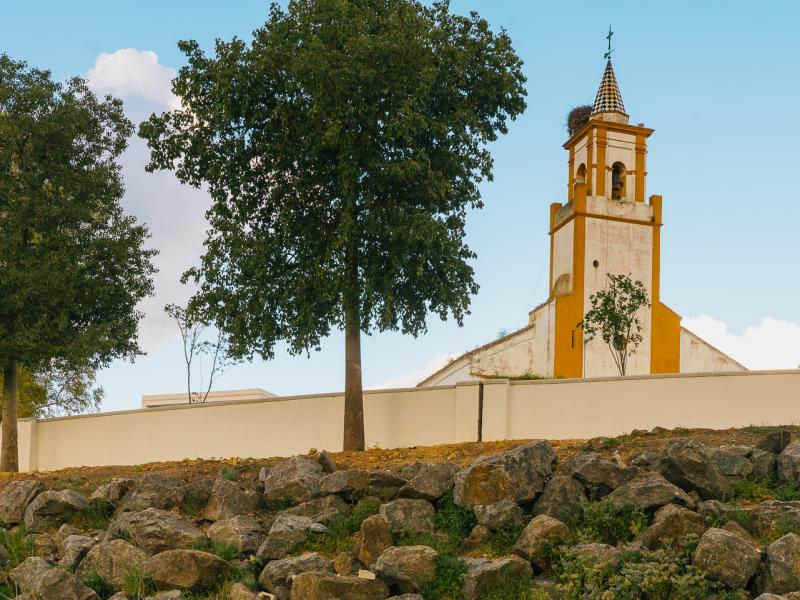 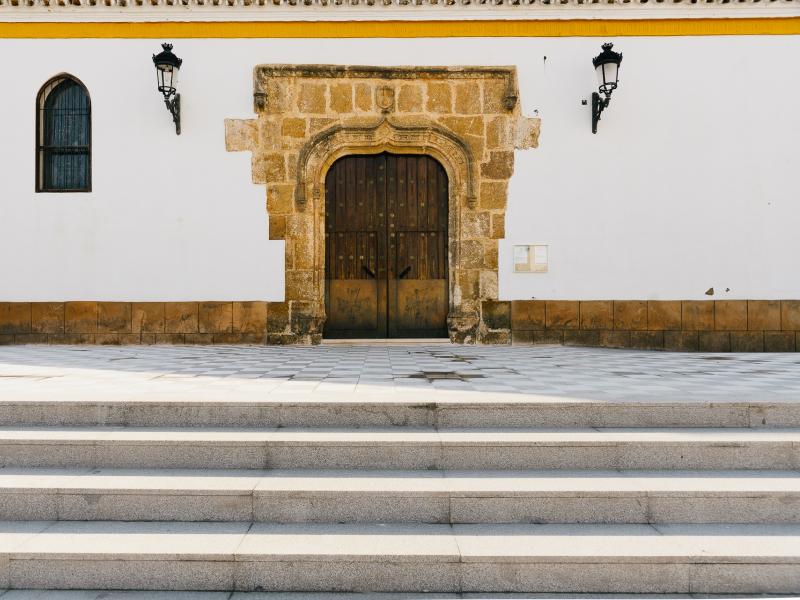 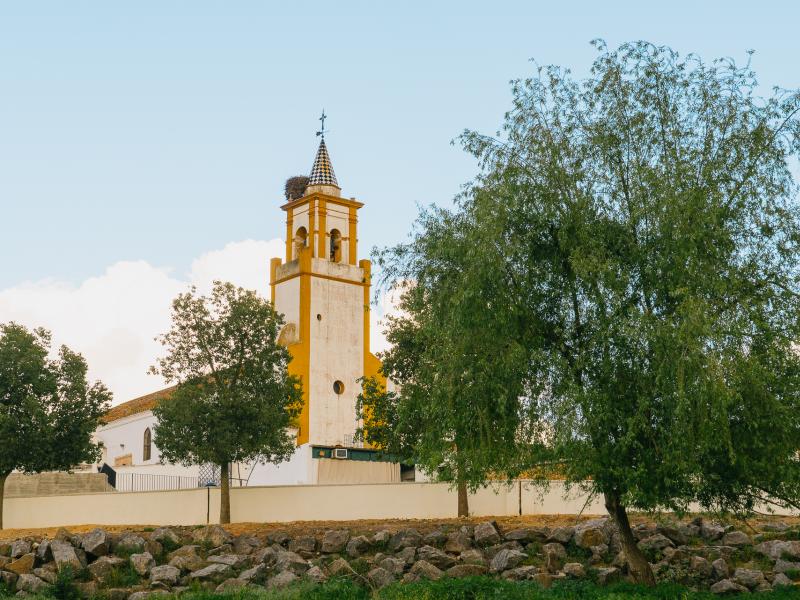 This 14th-century church is dedicated to Saint John the Baptist. It was built in the Mudejar style with a nave and two aisles, divided into four bays, plus a rectangular sanctuary. The decorative wooden ceiling is more recent as the original fell into disrepair at the beginning of this century.

The church initially had three doors: what used to be the main entrance, formerly at the west end of the nave under the tower, is bricked up; the door to the left aisle, known as the Saint Catherine Door, is a simple pointed horseshoe arch framed by decorative alfiz; and the door to the right aisle is framed by an ogee arch crowned by a cornice and framed with an isabelline-style alfiz.

This doorway, as well as the gabled pilasters at the west front, appear to suggest that part of the most noteworthy work dates from the early 16th century. The building would be subsequently renovated, primarily in the late 18th century. The pillars dividing the nave from the aisles were covered, and the belfry was built.

Not much has been preserved of the church’s artistic heritage. All the altars, images and religious objects were burnt in 1936. However, the main altar is graced with a magnificent altarpiece from the second third of the 18th century, taken from the Santa Ana Church in Carmona (a former Dominican convent). 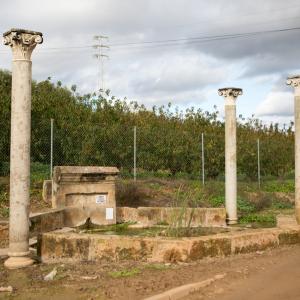 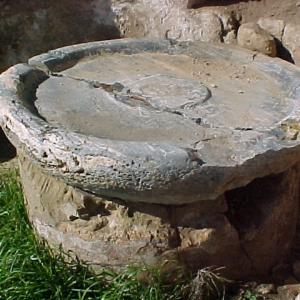 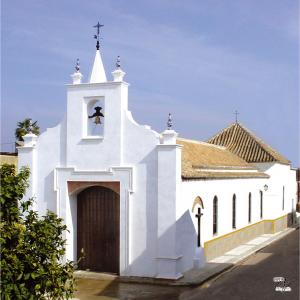 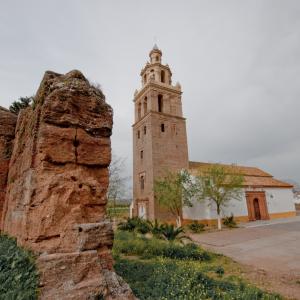 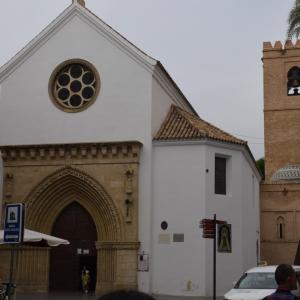 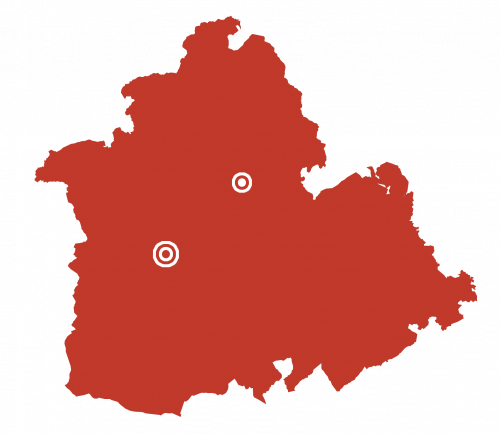