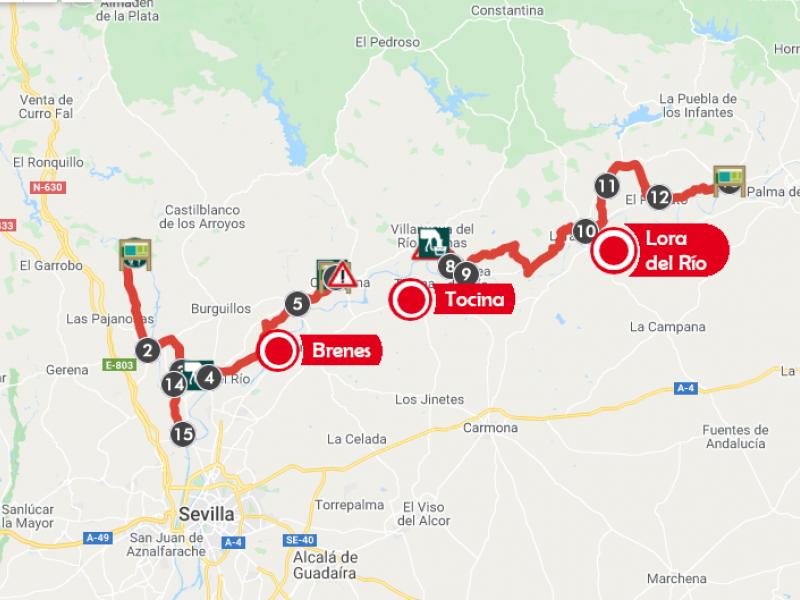 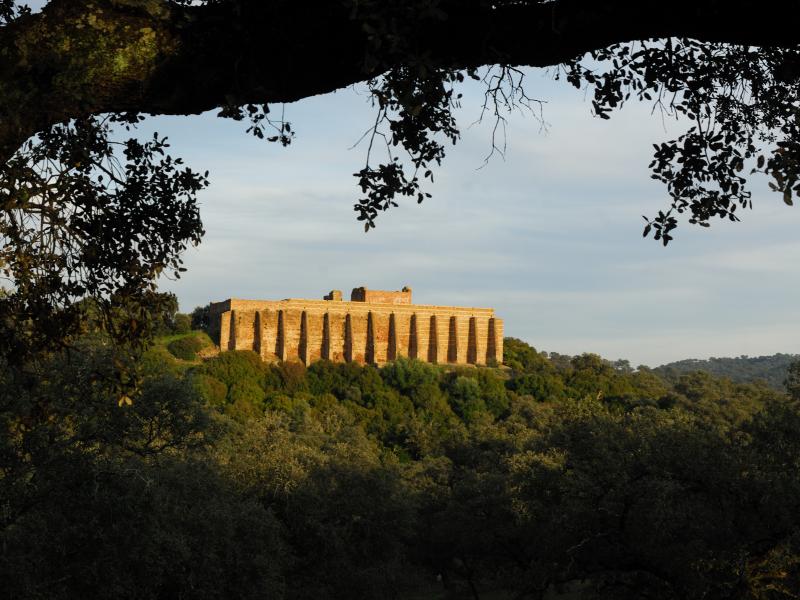 The IE-007 Gran Vega de Sevilla runs through land between the city of Seville and the province of Cordoba, through a wide valley between the Sierra Morena and the Sevillian countryside, where a wide variety of ecosystems converge: plain, countryside and mountains.

The River Guadalquivir is the backbone of the territory and a major player in its history, since it is not in vain the cause of the settlement of different cultures: Tartessians, Turdetans, Romans, Visigoths, Muslims and Castilians. Thus, the region has a rich heritage and its own idiosyncrasies that allow for the development of different types of tourism: cultural, natural and active.

Along the itinerary there is a wide range of monuments, an interesting ethnographic heritage (mainly linked to pilgrimages and Easter Week) and excellent gastronomy; although it is archaeology and historical mining that distinguish this area to a greater extent, as the Roman city of Mulva - Munigua shows.

Between Guillena and Lagos del Serrano, the route runs through a wonderful landscape of meadows and water, as the equestrian route coincides in one section with the Water Route. There are two cattle grids, although as an alternative to this difficulty there is a lane known as the Cruz de la Mujer, which runs parallel to the IE.

The route between La Algaba and Guillena runs along the River Ribera de Huelva and - like the route between Torre de la Reina and Alcalá del Río - visits typical Andalusian farmlands, fruit orchards and farmhouses. In the rainy season, it is advisable to take an alternative section to the ford crossing of the River Huelva -900 metres along the A460-, as this may be cut off due to flooding.

On leaving Alcalá, we will head towards Villaverde del Río - and then on to Cantillana - along a route with no significant difficulties, as all the complicated sections have a comfortable alternative.

Taking up the equestrian route again in the town of Villanueva del Río y Minas (due to the section without signalling), we will continue riding through farmland, fruit trees, streams, etc., with a spectacular view of the sierra. The route runs parallel to the River Guadalquivir, passing through olive groves, gallery forests and fruit trees until reaching Lora del Río, delighting us with the characteristic landscape of the scrubland. The section between Lora del Río and Peñaflor will put an end to our route, allowing us to enjoy the beautiful riverside vegetation that dominates the area.