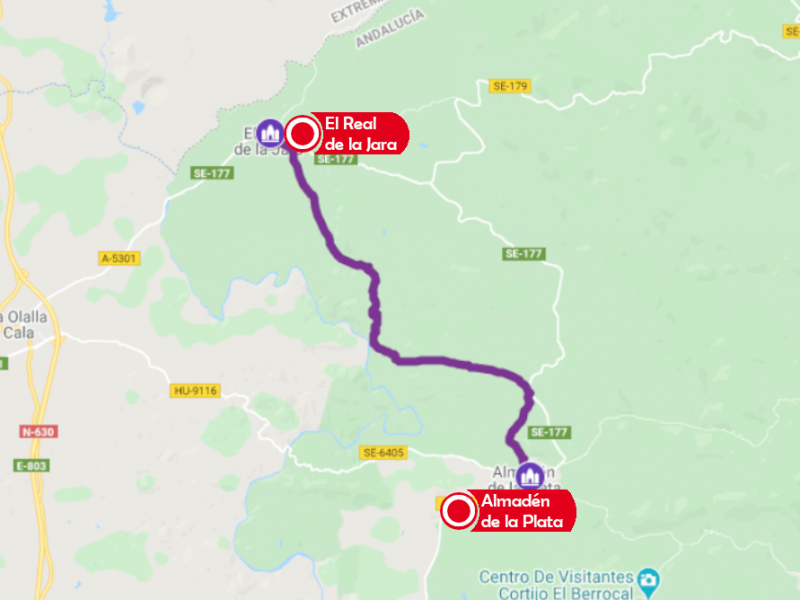 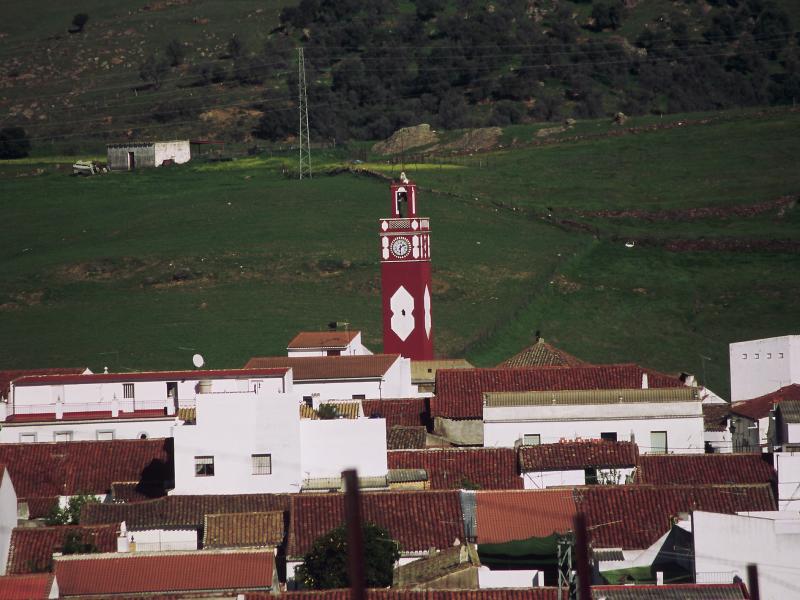 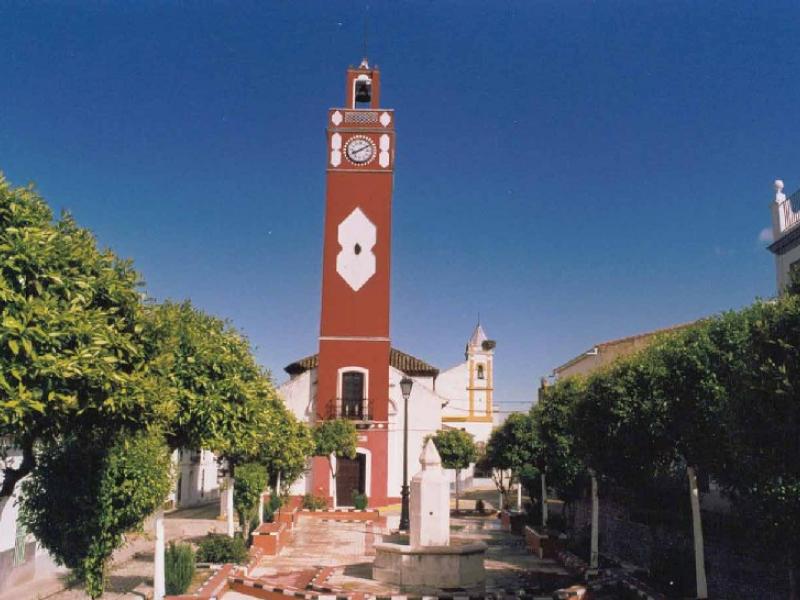 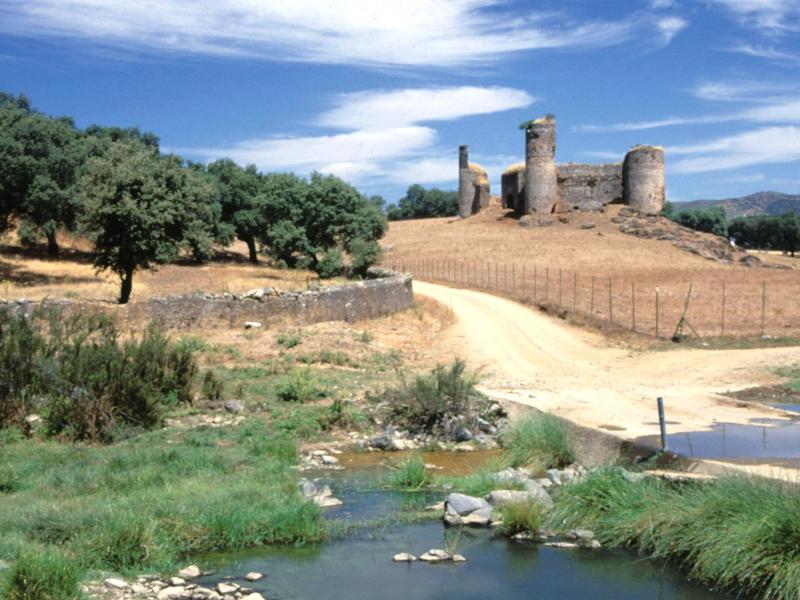 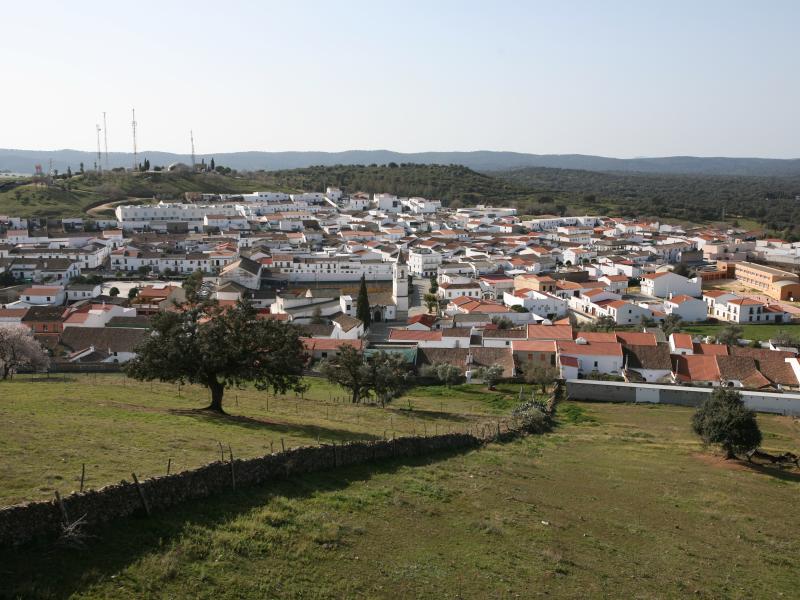 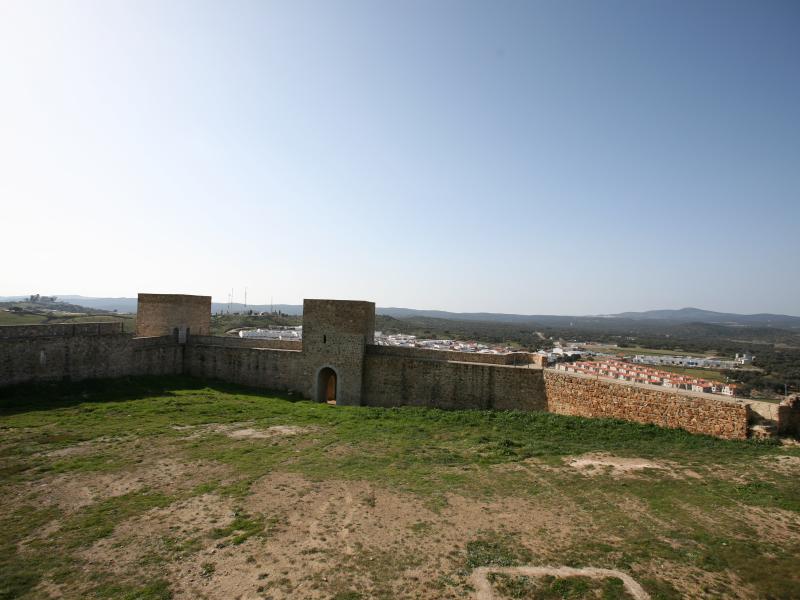 The origins of this town date back to Roman times. It was a small village, whose main source of wealth came from the marble quarries, called Pagus Marmorarius, which translated from Latin means "village of the marbles". In the Moorish period, the Roman settlement took on the name of Almedin Balat (the mines of the road), a name that clearly indicates that the main potential of this rural town was the existence of the mines, located next to the silver route. Therefore, Almadén de la Plata owes its name to the importance of its old mines, especially marble and silver mines. The town centre has the appearance of a typical mining village, with straight streets of terraced houses. It is somewhere not to be missed on the Silver Route of the Camino de Santiago. Like many of these villages, located in an area of historical frontiers, Almadén possesses the remains of a medieval castle, which now houses municipal buildings.

In the town centre stands the Torre del Reloj (Clock Tower). A building with a single nave floor plan that was originally built to be a hospital, known as the Hospital de los Ángeles, in the 15th century, and which became a chapel in the 17th century. In 1905 the neo-Mudejar style tower was added, with a total height of 27 metres, crowned by a bell and a very precise clock on two of its sides: hence its name. It is currently a unique landmark of Almadén de la Plata and houses municipal offices, including the Plenary Hall and Social Affairs headquarters.

Three kilometres from the village, in the area known as Las Vegas de Castaño, is the chapel of La Divina Pastora. Set in the natural environment of the Rivera del Cala and surrounded by holm oaks more than 200 years old, it is a recently constructed building (2010-2011) erected on the remains of an old farmhouse. It has a recreational area equipped with barbecues, tables, children's playground, drinking water, electricity and toilets. This makes it an ideal place to enjoy nature at any time of year. In the month of May, the festivities in honour of the Divina Pastora are celebrated with a procession.

The path takes you from Almadén de la Plata to El Real de la Jara, where this particular adventure comes to an end. You will follow the Camino Viejo de Almadén or Camino de Los Bonales. You will travel along roads with history, which were even used by the Romans to conquer Hispania. It is a path with little apparent difficulty, except for some short but steep climbs and a fair amount of pilgrim traffic, so the stage could be by far the busiest of the whole Ermita y Camino route.

You will pass through extensive dehesas along with stretches of Mediterranean scrubland, crossing numerous temporary streams that are very typical in these mountains, as you will already have observed. Throughout the stage you will discover a multitude of ponds and dams, generally artificial for livestock use, but which provide ideal areas for spotting wildlife, especially in the summer season. In the higher areas, you can observe large birds of prey such as the Griffon Vulture (Gyps fulvus) or the Golden Eagle (Aquila chrysaetos), species that are very common on the rocky cliffs around the River Viar. The flight of these great birds will fill your thoughts on the final stretch of this section of the walk. In the distance you will be able to observe El Real de la Jara and its castle long before you arrive. It is time to pack away your fond memories in your backpack, inhale the final breaths of the pure, sweet-smelling air and end your adventure. As one of our most illustrious Sevillians said, who may well have heard about the greatness of these mountains that they loved and studied so much from the mouth of his father or grandfather: Caminante no hay camino, se hace camino al andar (Walker, there is no path, you make the path as you walk).

The last of the towns you visit on this magical trip is no less important historically. Its strategic location has resulted in settlements being estabalished here since Roman times, although it was in the Middle Ages when it became especially important. The Knights of the Order of Santiago also passed through here, leaving their legacy. In 1498, the Catholic Monarchs granted this town the title of Real (Royal), which was placed before the Islamic name Xara, as a reward for its loyalty in the fight against the Moors.

In the surrounding area there are two castles of medieval origin, witnesses to the passage of time in this territory. Being part of the Silver Route of the Camino de Santiago has made El Real de la Jara a welcoming and hospitable place for visitors. The perfect place to rest and reflect on everything you have experienced while enjoying its many benefits.

Strolling through the streets of the town, you head north towards the castle. In Calle Cervantes you will find the small chapel of Nuestra Señora de los Remedios. It is a building that may have originally been a mosque, as it still has the Mihrab inside. For many years it was used as a prison depot, a fact that many locals remember by calling it La Cárcel (the prison). The interior consists of two clearly defined spaces: a rectangular room dedicated to the worship of the faithful and a quadrangular space accessed through a large semi-circular arch that would be the Virgin's room. This kind of altar room is covered with a half-vaulted ceiling. 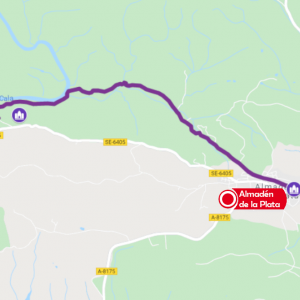 The comments are moderated, so it takes a while to appear. If they contain offensive language they will not be published.
Towns
Almadén de la Plata
El Real de la Jara