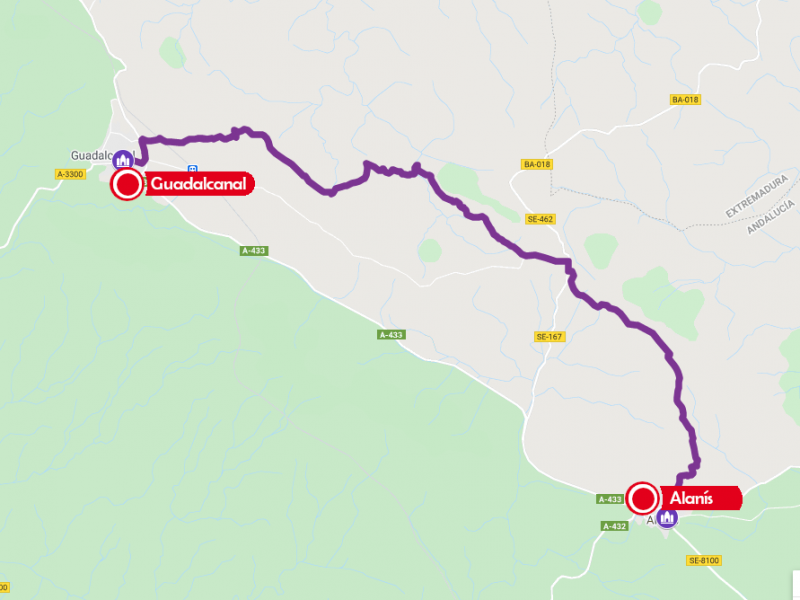 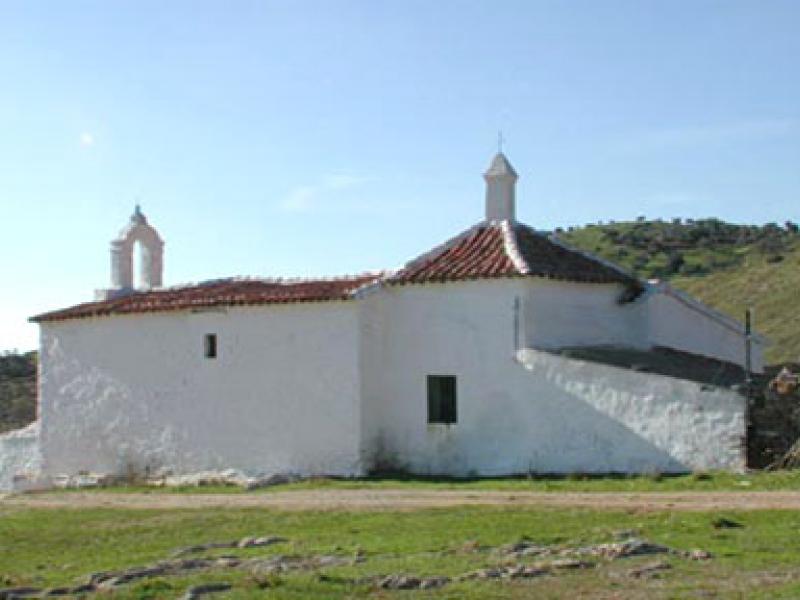 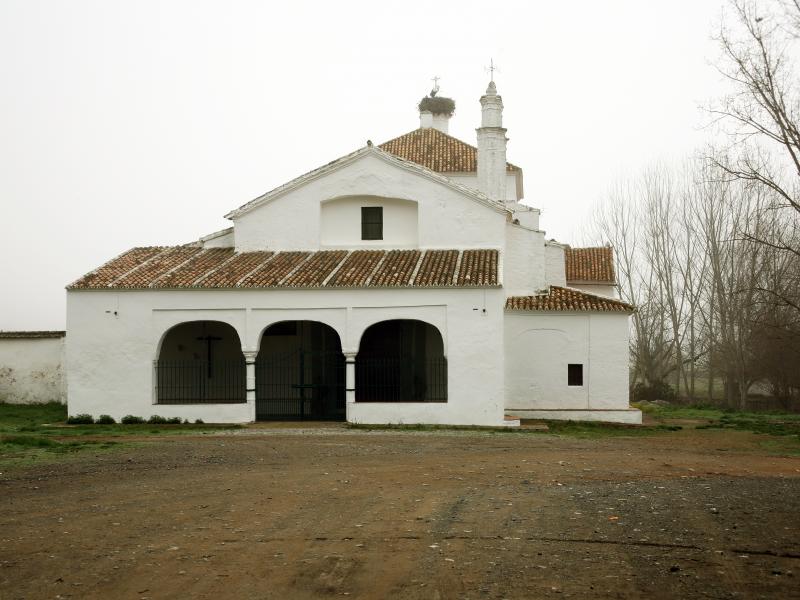 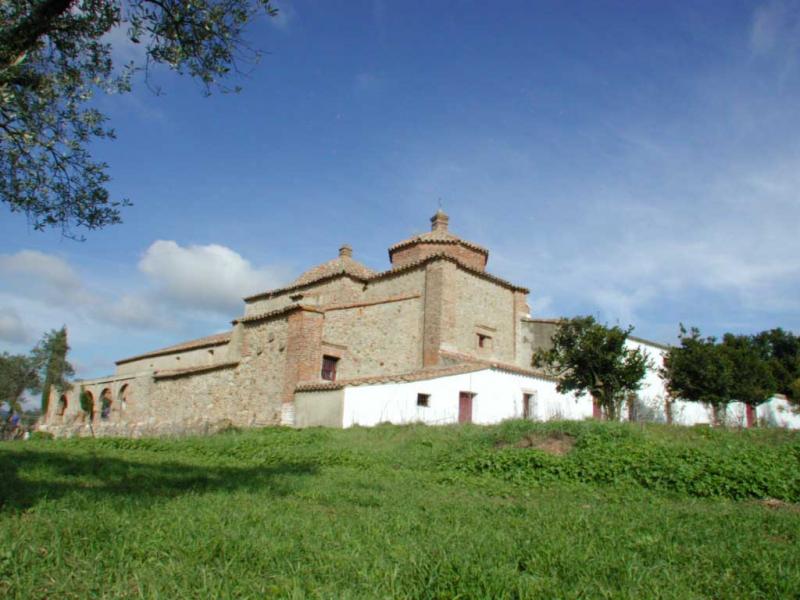 Although Iberian remains have been found and some historians maintain that Guadalcanal was the Tereses named by Pliny the Elder in his Natural History, the first major settlement in this town dates from Moorish times and was called Wad al-Qanal, "river of the canal", or, according to popular etymology, "river of creation". The history of Guadalcanal has always been linked to the concept of the border, the boundary between territories, which is why it was heavily fortified. Remains of the walls have been found in the area around the Parish Church of La Asunción.

In 1241 it was seized from Moorish rule by Rodrigo Íñiguez, fifteenth Master of the Order of Santiago, and until 1833 it belonged to Extremadura, which has influenced its architecture and ethnography.

Its historic centre is full of fine examples of religious and civil architecture. A good example of this is the Church of Santa Ana. Guadalcanal, in turn, gave its name to one of the Solomon Islands, the Island of Guadalcanal, so named by Pedro de Ortega Valencia, a native of the town and an officer in the Pacific expedition of Álvaro de Mendaña in 1567-1569.

There is no better place to begin our long walk than the chapel of Cristo de la Salud.  Located outside the walls of Guadalcanal, some 300 metres from the northern part of the town, both the chapel and the adjoining shrine date from the 18th century. Travellers who passed along this road used to stop at this shrine to pray for good luck on their journey in the case of those who were leaving or to give thanks in the case of those who were returning. It had some tiles with a crucifix, under which, there was a sign announcing that Cardinal Solís, archbishop of Seville, granted one hundred days of indulgences to anyone who prayed a creed before this figure of Christ. A copy is currently kept in the church of Santa Ana.

The chapel of Nuestra Señora de Guaditoca, patron saint of the town, is located 11 kilometres from the town, in the northeast corner of the municipality. The Sanctuary was built in 1647 and has a single nave divided into several sections by pillars and semicircular arches. The groin vaults give way to an elliptical dome. The architectural decoration is based on Tuscan elements. It has an exceptional decorative richness, with original murals painted by Juan Brieva de Llerena in the early 18th century.

The chapel of San Benito Abad is located outside the walls. The body of the building was built on four brick arches, covered with rough timber and a gable roof. This chapel is a Mudejar construction, perhaps dating from the first half of the 15th century. It consists of a nave covered by a barrel vault with lunettes, a spherical vault in the ante-chancel and a dome in the chapel. On the gospel wall there is a doorway with a pointed arch and on the epistle wall there is a late Mudejar doorway. It is currently private property but is open to visitors.

This unique adventure begins in Guadalcanal, the mountain town of chapels par excellence. You set out from the chapel of Cristo de la Salud after, as tradition dictates, approaching its shrine to pray for good luck on your journey and to give thanks for those who return.

Once on the path, you will begin to discover the landscape of the Sierra Norte de Sevilla, which is no less than part of our mother mountain range, the romantic Sierra Morena of Andalusia. You leave the town amidst olive groves, although little by little these give way to areas of dehesa and scrubland. However, the olive trees will always be present, and you will be surprised by their incredible ability to adapt to steep terrain.

Once you leave the road, alternating between paths and tracks, you will walk through the landscape you have enjoyed so far but the other way round. From an open dehesa, you enter an area of olive groves as you approach Alanís de la Sierra, whose white houses and castle can be seen several kilometres before reaching the end of the stage. When you reach the town, you head for the Plaza del Ayuntamiento (Town Hall Square) and go around the church, climbing up Calle Jesús to reach the chapel of Jesús Nazareno. 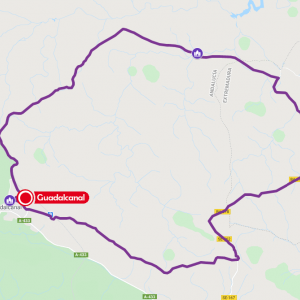 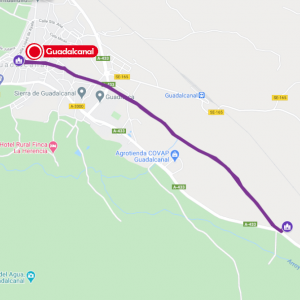 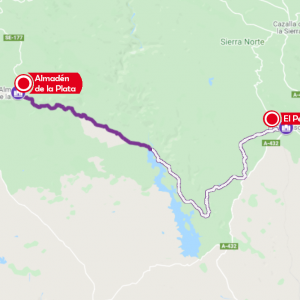 The comments are moderated, so it takes a while to appear. If they contain offensive language they will not be published.
Towns
Guadalcanal