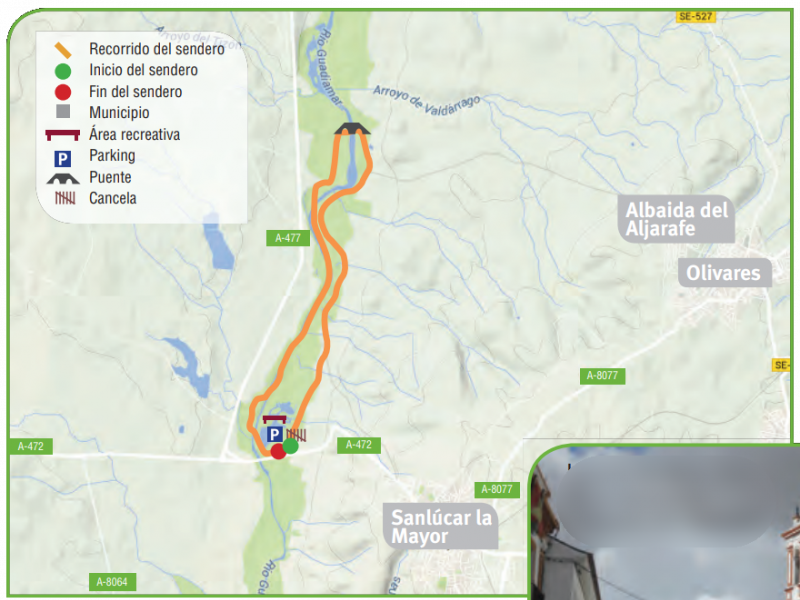 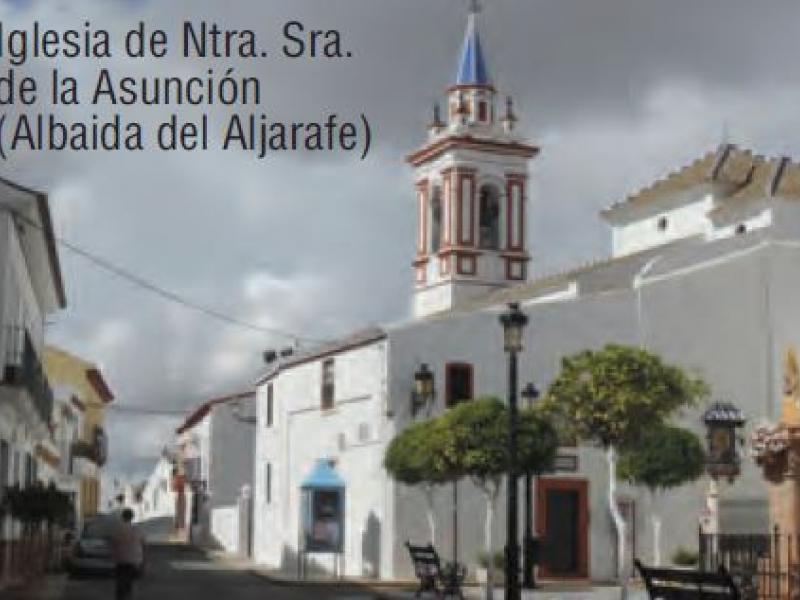 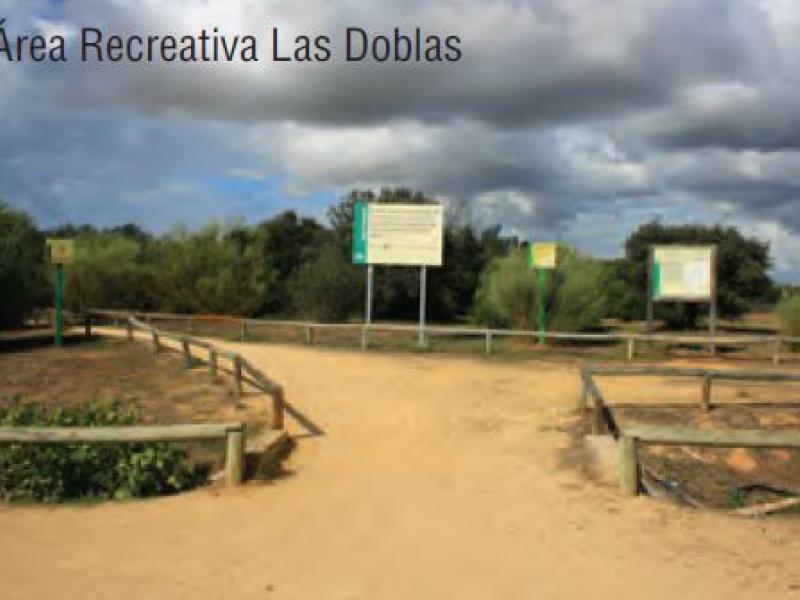 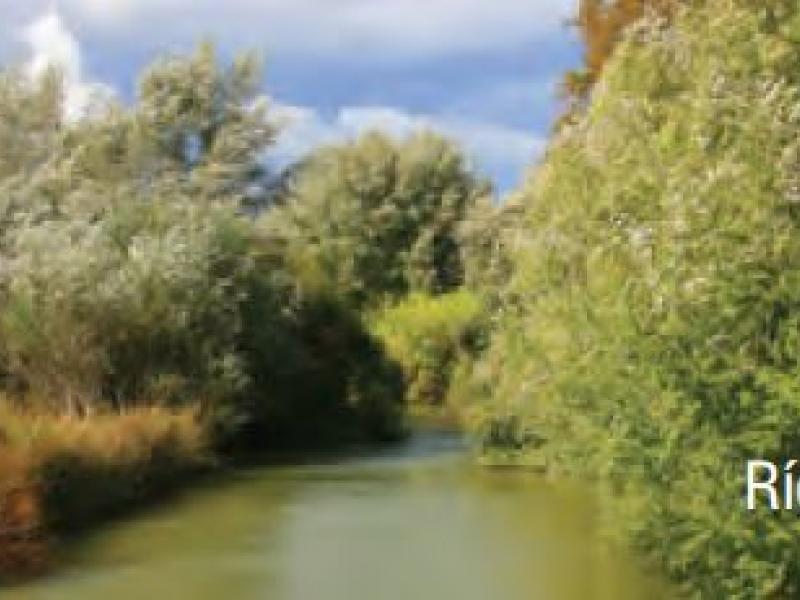 This route starts at the recreational area of Las Doblas, just off the A-472 road. From this point, after crossing a gate, the route takes a pressed earth path with short cemented sections at the fords.

Soon, a small pond is left the the lefts and the landscape becomes dominated by open fields, with the river to out left, and dehesas (closed estates for livestock farming), dotted with wild olive trees called acebuches and lentisk bushes and olive trees, When the route arrives at a horse farm, the crossroad with the path that lead to Sanlúcar can be seen to the right. From this point, the route runs closer to the river, and it is possible to enjoy a closer view of the silver poplars, reed, reedmace, and African tamarisks, and even of a small river beach.

Shortly after the route crosses the path to Albaida del Aljarafe, there is a transmission tower to the left, and 10 metres later, an acacia-lined path branches off and leads us directly to the reservoir. The route uses the reservoir bridge to cross the river and returns along the left bank. The landscape on the left bank is very similar to the right bank, the only differentiating feature being the massive solar power tower of the thermosolar plant of Solúcar, which dominates the landscape, and the nearby Guadiamar farms. Slowly, the route approaches again the Las Doblas bridge and crosses under it to reach the route’s starting point.

Circular. From the car part, it runs along the left bank of the river and crosses it after about 5 km, returning to the stating point along the right bank.

The comments are moderated, so it takes a while to appear. If they contain offensive language they will not be published.
Towns
Sanlúcar la Mayor
Albaida del Aljarafe