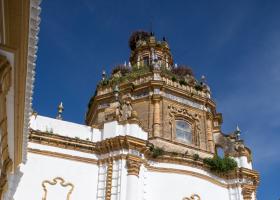 Marchena’s San Sebastián Church was built outside the walled compound. It was initially intended as a Shrine to Saint Sebastian, the town’s patron saint. 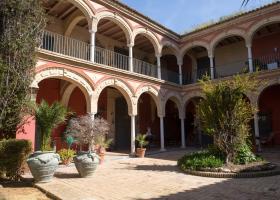 The Coullaut Valera Palace House in Marchena, commonly known as the “Casa del Ave Maria”, is located in the historic San Juan district, within the historic, walled medieval town. It is one of the most significant and remarkable civil architecture buildings in Marchena from the 17th century. Although the house is from the late 16th century, it was renovated in 1610- 1620. 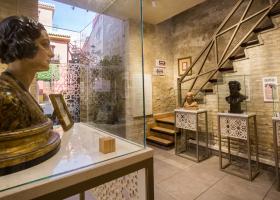 Born in Marchena, Lorenzo Coullaut Valera was one of the most famous sculptors of the first half of the 20th century. His works can be found in many cities, particularly in Madrid and Seville, where he worked on many public monuments.