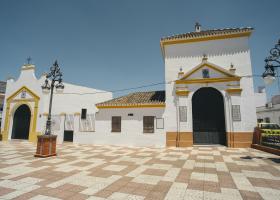 The chapel of San Miguel is located on the outskirts of the town, today surrounded by recent developments, although there is evidence that when it was built it was outside the town walls. 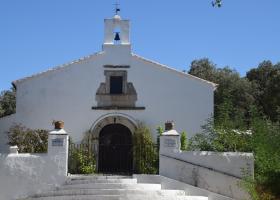 The chapel is a building of Mudejar origin. Built in the 15th century, it is Mudejar in style and has a single nave. Its interior is a beautiful example of popular Mudejar architecture with a characteristic wooden roof with an image of San Diego, built by Castillo Lastrucci in the 20th century. The end façade is from the first quarter of the 16th century. 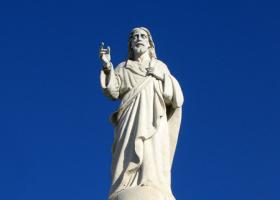 Chapel of the Sacred Heart of Jesus 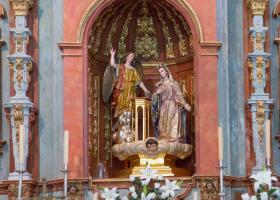 The Shrine to Our Lady of Incarnation is located within the Celti archaeological site (Asset of Cultural Interest), on San Pedro Street, an extension of Juan Carlos I Street towards Calvario Street, La Viña and the former road from Cordoba to Seville. 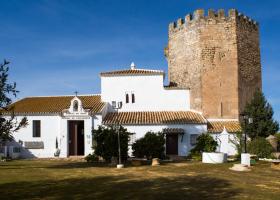 The medieval tower of Villadiego, from the end of the 13th century, is considered the origin of this Shrine. This Mudejar-style building has an octagonal plan and is crowned with battlements. It has two floors covered with vaults, the lower a half-dome and the upper one a sail vault. 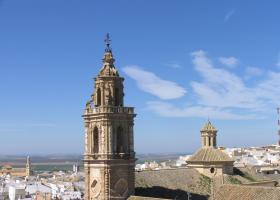 The current La Merced Church was built in 1650, although it was extensively renovated in the second half of the 18th century. The friars arrived in Osuna in 1609. They initially settled in the Shrine to Santa Ana, on the outskirts of the city. After two failed attempts, they built a new monastery on its current site in 1637. 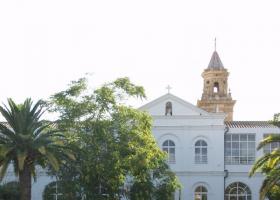 This Shrine is dedicated to the image of Osuna’s patron saint, Saint Arcadius, who is taken in procession through the city every year on 12 January. The 17th-century church was renovated in the 18th century. The single nave shrine is covered by a barrel vault and the transept with a dome on pendentives.