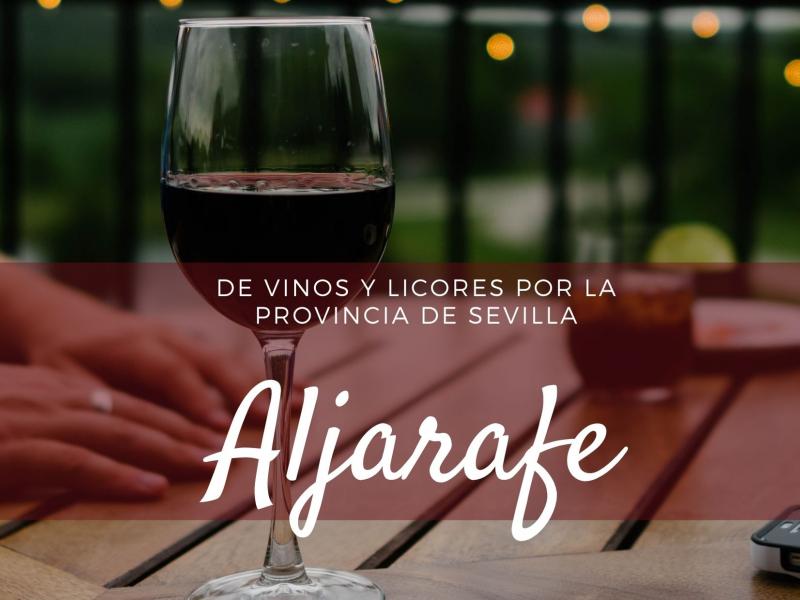 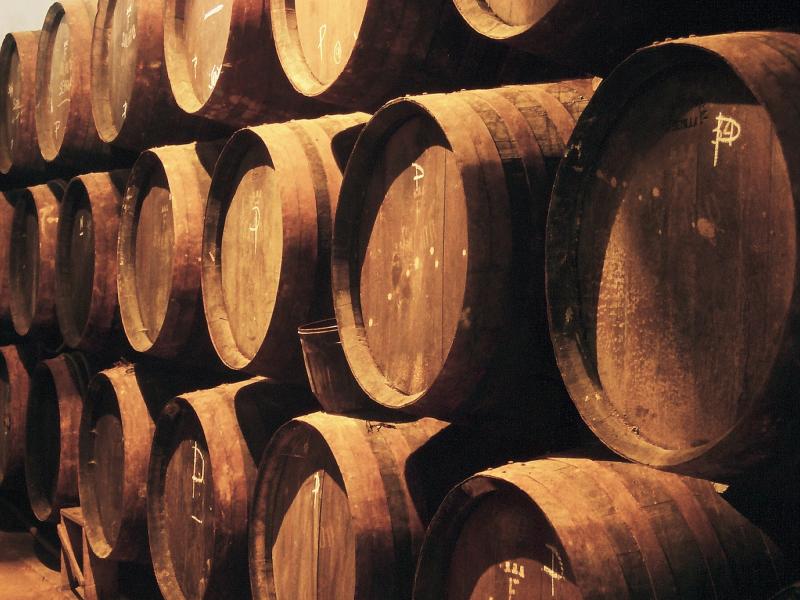 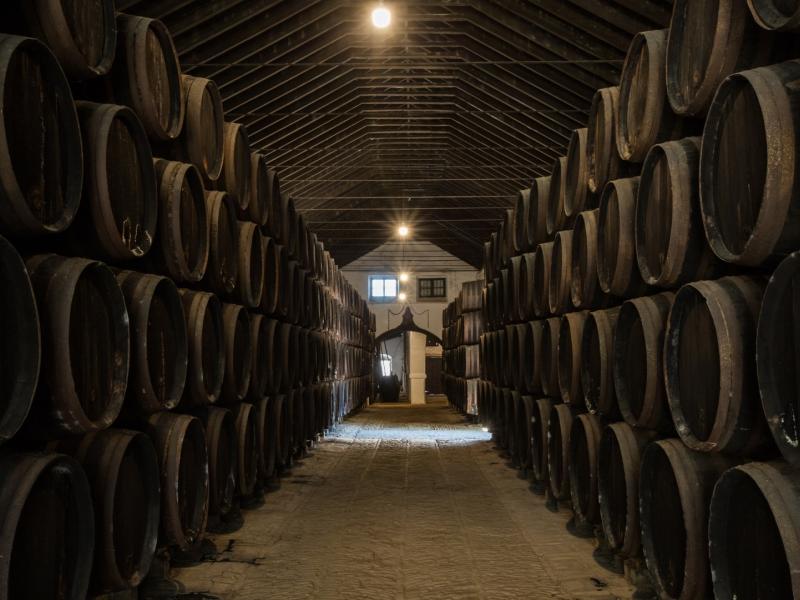 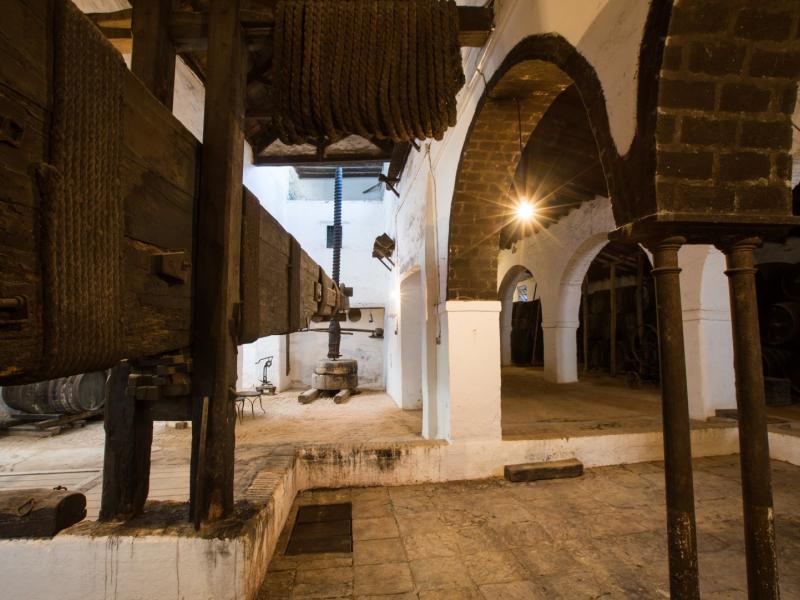 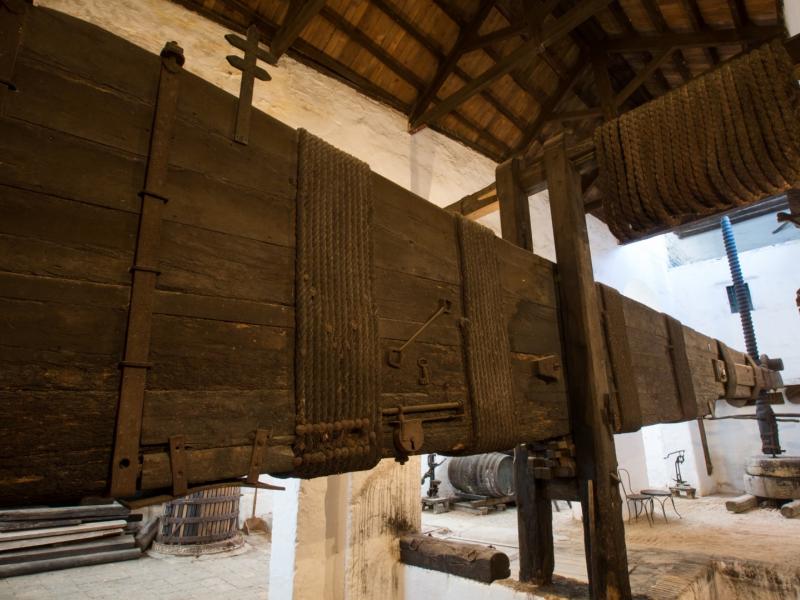 Located to the west of the capital, the largest concentration of vineyards is in the upper area of the Sevillian region of Aljarafe. We propose a route through the wineries of several towns in the Aljarafe region full of monumental history and festivals dedicated to the cultivation of wines and olive trees.

During your stay in Espartinas, Bodegas Loreto and Bodegas Patacabra offer you the possibility of buying their grape juices and wines, as well as Nodo Vinos y Más which, despite not producing grape juice, have some white wines with unique flavours and aromas.

When you get to Villanueva del Ariscal, through Vinícola del Aljarfe, you will be able to visit the wine ageing cellars and the bottling plant for red and white wines and grape juice. On the other hand, in Bodegas Góngora they will explain you the system of “criaderas and soleras” and the processes to obtain their wines of biological ageing, oxidative ageing and sweet wines, as well as visiting the wine press of Husillo y Quintal from the 16th century, declared an Asset of Cultural Interest.

Finally, Umbrete is considered one of the most wine-producing towns in the region, not only due to its wineries, but also for the wine-related events that take place in the town, such as the Grape Juice and Fine Olive Fair, which is held annually between February and March. At Bodegas Francisco Salado, you will be able to go on a guided tour through the history, geography, types of land, climate and production systems used, as well as the typology of wines and their tasting.

Finally, the Centro de Interpretación del Mosto de Umbrete (Umbrete Grape Juice Interpretation Centre), a museum space located in an old winery belonging to the Salado family, showcases the tourist and heritage value of the wine-making tradition of the town.

657
2
Wines and spirits in the province of Seville: a pleasure for all the senses
Several towns

173
1
Wines and spirits in the province of Seville: a pleasure for all the senses
Several towns

801
6
Wines and spirits in the province of Seville: a pleasure for all the senses
Several towns 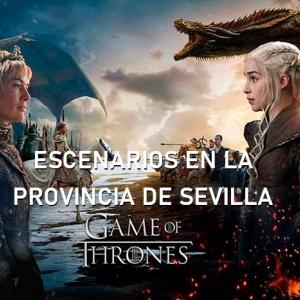 The comments are moderated, so it takes a while to appear. If they contain offensive language they will not be published.
Towns
Espartinas
Umbrete
Villanueva del Ariscal