Marshlands, birds and rice paddies: Doñana in the province of Seville. Lower Guadalquivir 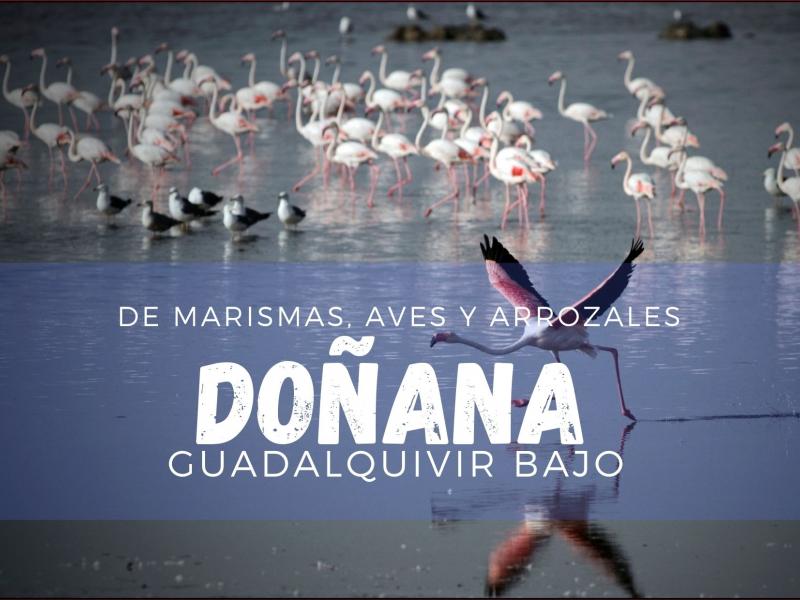 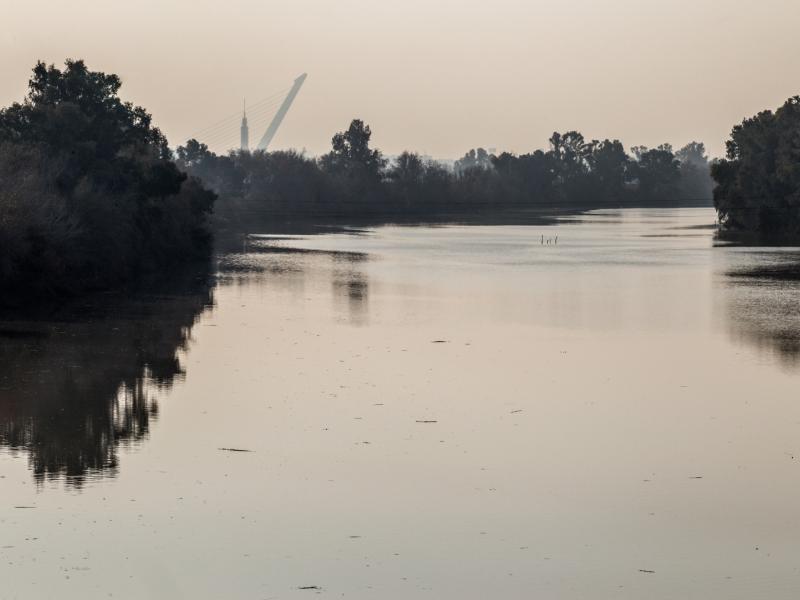 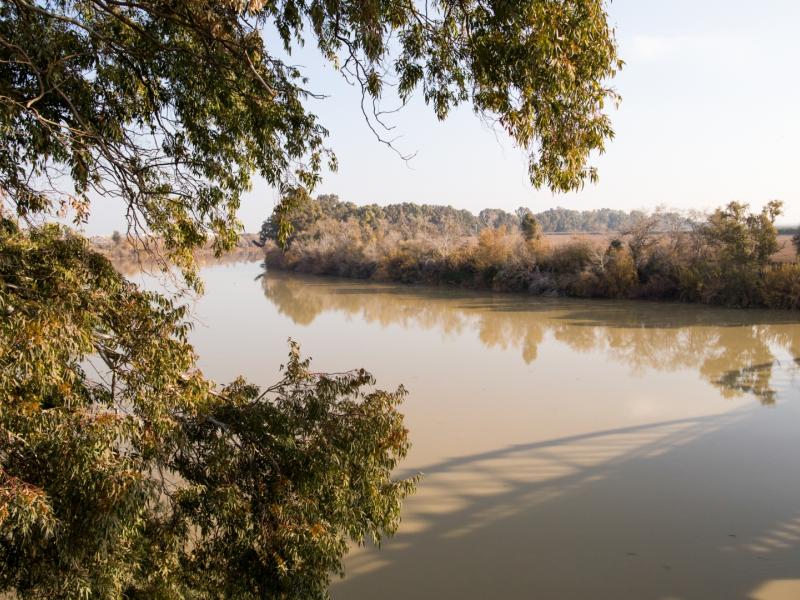 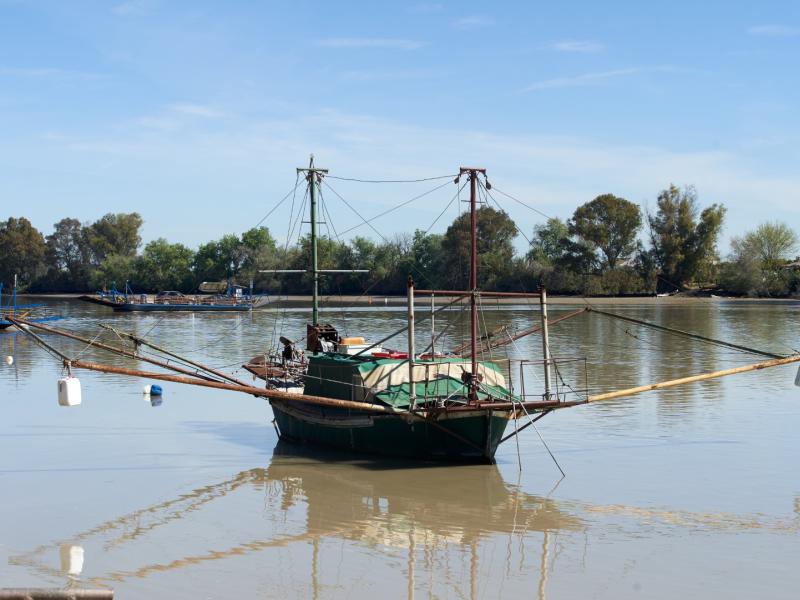 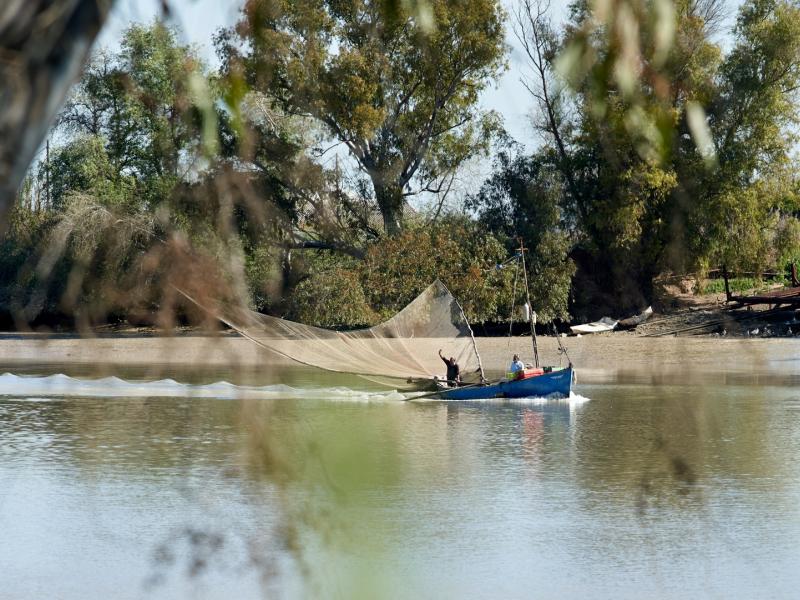 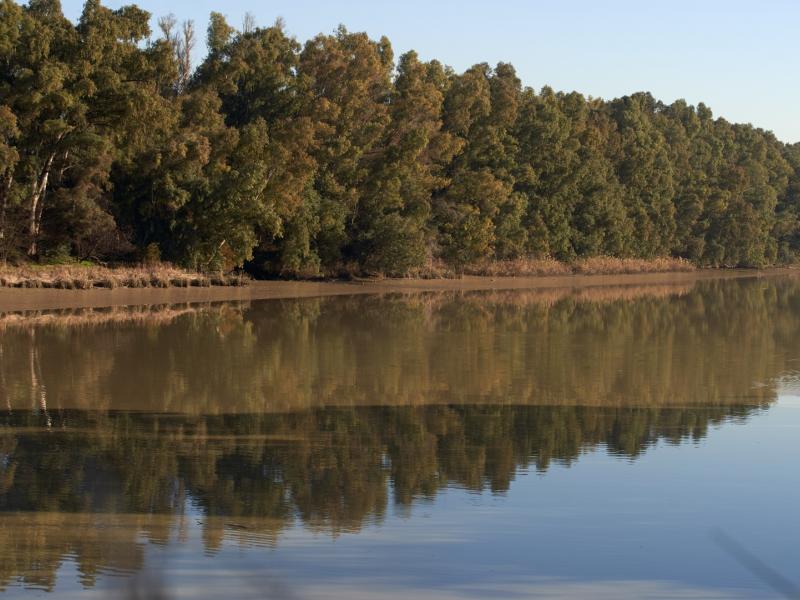 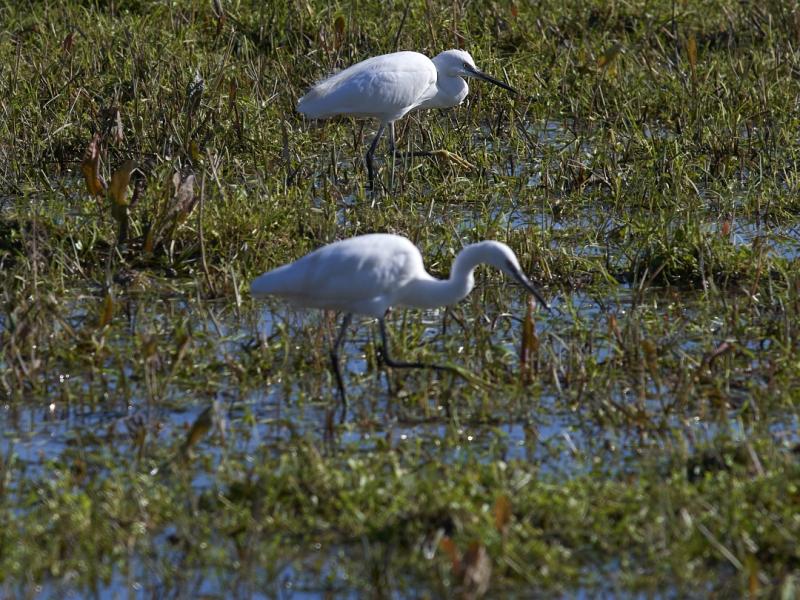 For this reason, we suggest that you delve deeper into this territory and stimulate your knowledge of the culture, history and nature offered by the towns in this unusual paradise. Aznalcázar, Isla Mayor, La Puebla del Río, Pilas and Villamanrique de la Condesa.

In the end, we offer you a plan with five proposals to enjoy and get to know this Sevillian setting, a jewel of Europe and a paradise for nature and ornithology lovers.

Lower Guadalquivir: bulls and horses among marshlands and rice paddies under a flow of history and nature.

Land of fishermen, hunters and shellfish catchers. Fish farmers, stockbreeders and rice farmers work accompanied by the light, the air and the birds of Doñana, while the rhythm of the water leads you among fighting bulls and Carthusian horses tamed by foremen at the water's edge.

Leaving from the port of Seville, the Marina of Gelves or the docks of Coria del Río, the boats that take the river cruise of the Lower Guadalquivir enter Doñana to get to La Puebla del Río, Alfonso XIII or Isla Mayor, the three villages of the Sevillian rice paddy.  Going on a sightseeing tour by boat on the Guadalquivir or by road, these three places will allow you to discover the history of the river and its marshlands from land, through the settlements over time.

Whether you arrive by boat or jeep, you can see a horse dancing or observe the 500 kilos of a wild bull up close. Among Andalusian farmhouses, rice estates and rice silos, the Guadalquivir river hides on its banks colonies of birds, remote villages, unsuspected stopovers in the rice paddy of Europe and the largest bird populations of Doñana in Seville.

If you decide to explore this paradise by boat, as soon as you pass the town of La Puebla del Río, the Guadalquivir floods everything and the only solid ground are the hundreds of kilometres of narrow trails, walls and dykes that can be observed above the network of canals, channels and meanders. As soon as you begin the journey, you will be able to see how the Guadalquivir offers you a paradise of experiences if you have an interest in birdwatching. In Las Cortas de la Isleta and Los Olivillos you will find islets and riverside groves home to colonies of birds, with many nests and aviaries built to protect them from human activity.

A little further on, you will begin to experience the living history of Doñana and the Guadalquivir river in one of its most representative branches, the Brazo de los Jerónimos, a former meander that anticipates the encounter with Isla Mínima and Isla Mayor, which treasure landscapes as exotic and epic as the sight of marshland cattle ranches next to the largest rice paddies in Europe.

From La Puebla del Río to Isla Mayor, different estates and farmhouses combine the breeding of these cattle with the care and display of bullfighting and equestrian art to all visitors. In La Puebla del Río, you can enjoy the unique spectacle of learning about the culture of the fighting bull and the Carthusian horse, together with the delight and tasting of a cuisine and art preserved at the water's edge.

Finally, you will see that the rice paddies and the marshland take centre stage. Past the Casa de los Carabineros, you will find yourself in the area of Tierras Bajas and the Pantalán de La Señuela, next to Veta La Palma, the largest freshwater farm on the continent, and one of the areas of greatest ornithological biodiversity in Doñana. It is not in vain that mythical places of Doñana such as El Cangrejo, the Canal de Aguas Mínimas and the Brazo de la Torre are in the vicinity. 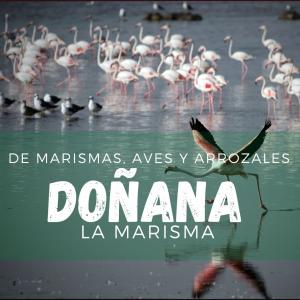 207
0
Marshlands, birds and rice paddies: Doñana in the province of Seville. The Marshland
Several towns 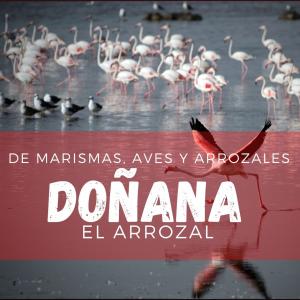 153
0
Marshlands, birds and rice paddies: Doñana in the province of Seville. The Rice Paddy
Several towns 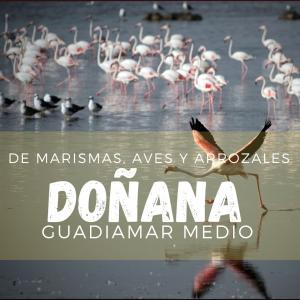 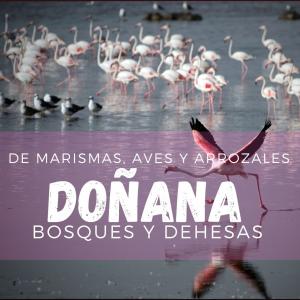 246
0
Marshlands, birds and rice paddies: Doñana in the province of Seville. Forests and meadows.
Several towns

The comments are moderated, so it takes a while to appear. If they contain offensive language they will not be published.
Towns
Coria del Río
Gelves
Isla Mayor
La Puebla del Río