Cervantes in Seville and the province 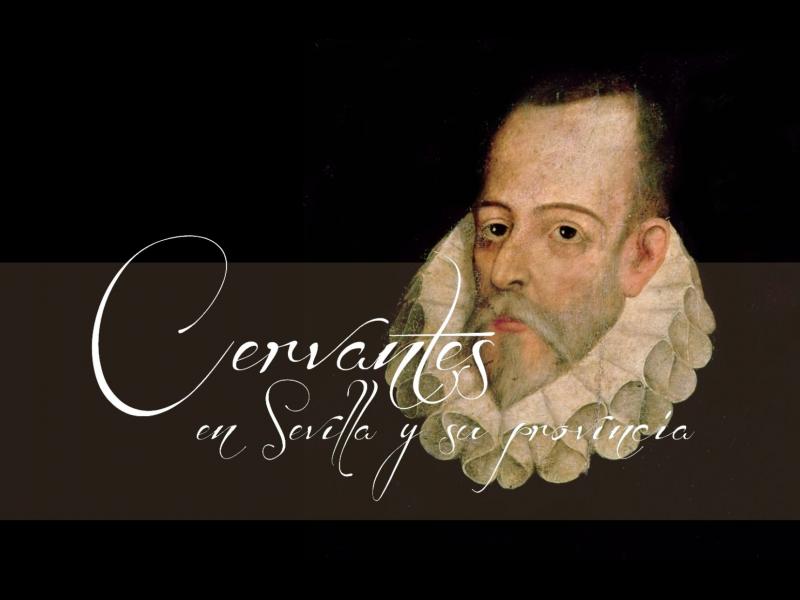 Retracing Cervantes’ footsteps in the province is an excellent opportunity to discover the rich heritage of the Sevillian towns he visited as an officer for the King and his Royal Treasury. A treasure that was perpetuated through some of the pieces he wrote.

The aim of this recommended plan is to trace the presence of Miguel de Cervantes in our country and promote a tourist route linked to his life and work. An itinerary, the Cervantes route, that crosses eleven towns, including the city of Seville, which in many cases still preserve monumental and gastronomic vestiges of his time.

In September 1587, after several months in Seville, he began travelling through the rural towns to requisition the wheat and oil that the Crown was claiming from the owners of the fields.

The numerous debts and other complex affairs he became involved in led to his incarceration in the Royal Prison of Seville in 1597, a time which many date as the beginning of the writing of Don Quixote.

Cervantes recreated some places in Seville in his Novelas Ejemplares (Exemplary Novels), he mentioned the blancas roscas (white pastry) of Utrera, he was ironic about the University of Osuna, he referred to Marchena through Don Quixote, where he also praised the partridges from Morón.

Four centuries after his death in 1616, Cervantes’s memories of the province can still be evoked thanks to the preservation of an architecture that talks to us about the civil and religious powers in the 16th century, about the agricultural landscapes of the wheat and olive crops which motivated his occupation, about the traditions that reflect popular life and about that the typical dishes that contain in their flavours the everyday sensibility that once nourished his creative genius and that is still so alive in his work, as well as in the cultural life of these villages that we travel through on this tourist route.

During his time in Seville, Miguel de Cervantes got to know both sides of the city: the cosmopolitan and grandiose commercial city and the misery of its most sordid environments. Places such as the Matadero (Slaughterhouse) near the Puerta de la Carne, the area around the Convent of Santa Paula, the steps of the Cathedral, the Arenal and Triana districts and the Plaza del Pan are recreated by the writer in "El coloquio de los perros” ("The Dialogue of the Dogs"), "La española inglesa" ("The English Spanish Lady") and above all in "Rinconete y Cortadillo” ("Rinconete & Cortadillo"), which so well portrays the Sevillian underworld of rogues and thugs.

On his arrival at Carmona, 43-year-old Cervantes went to the City Council and submitted a handwritten and signed petition in which he announced his office of requisitioning oil “for the service of His Majesty” and requested the identification of the main oil manufacturers through a fair distribution system that would avoid complaints.

Morón de la Frontera was one of the towns Cervantes visited in February 1593 in order to collect wheat for the bread to supply the ships. He arrived in the municipality according to the considerations of his office, that is to say, guarded, carrying a tall rod of justice and assisted by his assistant, the master baker, who was in charge of examining the quality of the grain collected.

It is known that the town of Arahal was the focus of the route initiated by Miguel de Cervantes in 1592 and 1593. It was one of the towns where mule driver Juan de Balbuena collected bushels of wheat and barley to supply ships, making use of the powers granted to him by Cervantes himself in Utrera.

In 1588 and 1593, Miguel de Cervantes was assigned to the town of Paradas. From his first visit, the General Archive of Simancas preserves an autograph letter about the amount of money received and spent by Miguel de Cervantes to transport the requisitioned oil from Écija and Paradas in 1588. The second stay has been certified recently thanks to the discovery of the order that placed him in this town in 1593, carrying the high rod of justice and accompanied by his assistant, Juan Sáenz de la Torre, a baker from Seville.

Miguel de Cervantes is documented on up to four times as being in Marchena acting as a collector of wheat and oil in the service of the King. Since the order issued by the General Supplier of His Majesty's galleys, Antonio de Guevara, in 1588, Marchena has been identified as one of the main points from which oil was to be brought to Seville for the Royal Navy.

The discovery of four documents in the Archive of the Indies in Seville and in the Municipal Archive of La Puebla de Cazalla has revealed Cervantes' presence in the town around 1593. The first discovery, preserved in the Municipal Archive, consists of an agreement signed between the City Council and Cervantes himself, who, as Royal Commissioner of Supplies, was authorised to requisition wheat and barley for the navy and the fleet of the galleons of the Indies.

Osuna did not come off very well in the pen of Cervantes, who mentions it several times in Don Quixote, questioning the academic validity of the degrees obtained at its University. The Osuna graduates are the discredited characters of the demented Sevillian of the Hospital de los Inocentes or the doctor Pedro Recio, who was so ungenerous to Sancho when he was the governor of Bataria. Reflecting this satirical vision, popular tradition has attributed to the writer the saying "En Osuna y Orihuela todo cuela" ("In Osuna and Orihuela everything is fine"). Cervantes visited Osuna at a time when the town was experiencing its period of magnificence with the figure of Juan Téllez Girón, 2nd Duke of Osuna.

Miguel de Cervantes Saavedra arrived in Estepa on 15 October 1591, as attested by the minutes of the city council meeting, which are kept in the Municipal Archive, where his own signature appears. The writer presented himself as a supplier of wheat and barley for the "provision of His Majesty's galleys”.

Once he had accepted his position as royal commissioner, Cervantes began his work in 1587, setting out on his itinerary through the towns of the Seville and Córdoba countryside. Écija was a key place in the writer's life from that time onwards, as not only did he carry out his duties here, but he also established his residence here and set up his centre of operations, from where he set out for visits to other parts of Seville and Córdoba.

516
2
Wines and spirits in the province of Seville: a pleasure for all the senses
Several towns

624
5
Wines and spirits in the province of Seville: a pleasure for all the senses
Several towns 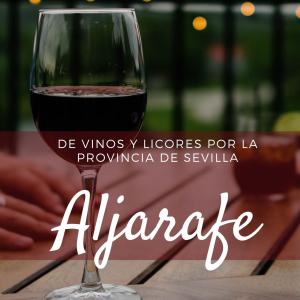 442
1
Wines and spirits in the province of Seville: a pleasure for all the senses
Several towns

131
1
Wines and spirits in the province of Seville: a pleasure for all the senses
Several towns

The comments are moderated, so it takes a while to appear. If they contain offensive language they will not be published.
Towns
Arahal
Carmona
Écija
Estepa
La Puebla de Cazalla
Marchena
Morón de la Frontera
Osuna
Paradas
Seville