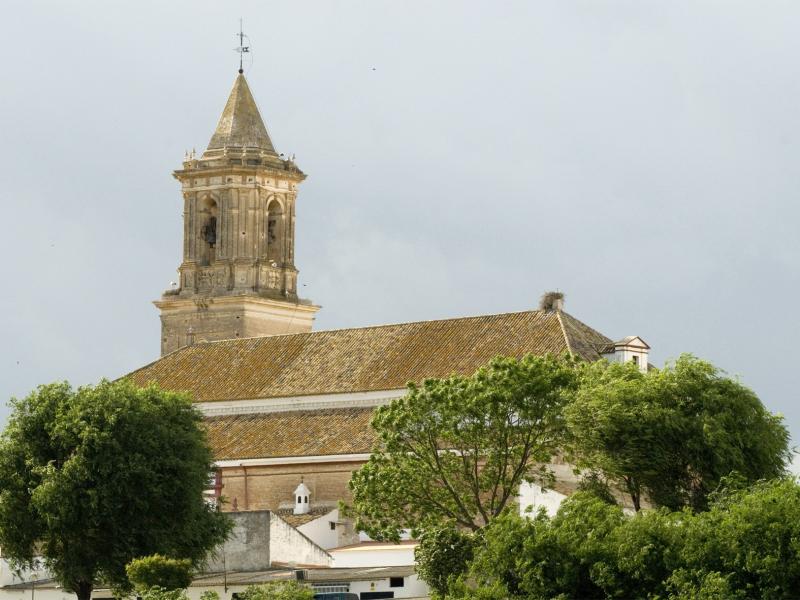 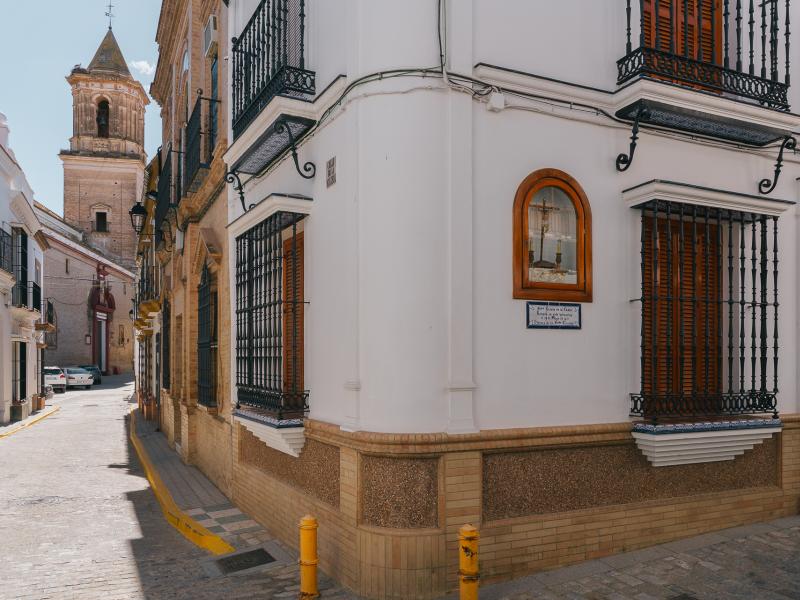 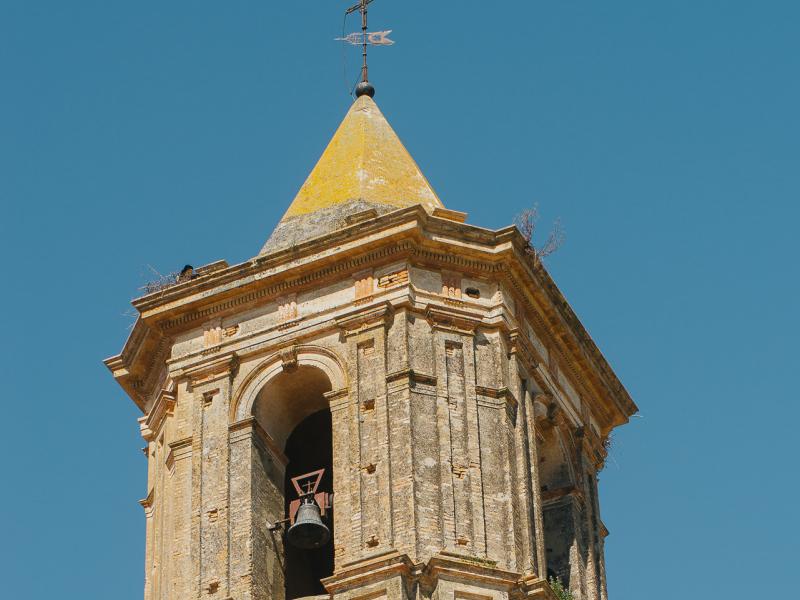 The Nuestra Señora de la Asunción Parish Church is located in the southern part of the village in the area known as “El Palacio”. It is situated on elevated ground, next to the former course of the River Guadalquivir, with views over the Vega.

In 1555, Juan Pérez Caravallo began the construction. The works came to a standstill and were resumed in 1619 by Diego López Bueno. The temple has a basilica plan with three naves. The central nave is covered by a striking coffered ceiling from the mid-sixteenth century while the side naves have single-gabled ceilings with wooden beams. The transept is crowned by a vault with Flemish style ironworks, notable for its complexity and harmonious curvilinear design, which includes the coats of arms of the Counts of Cantillana. The diocesan architect Diego Antonio Díaz built the tower in the 18th century.

The 17th-century main altarpiece by Juan Gatica comes from the Santo Domingo Convent in Carmona. The image of Our Lady of the Assumption is in the centre, while Saint Joachim, Saint Anne and several Dominican saints appear on the sides.

To the left of the temple is the Tabernacle Chapel with a beautiful altarpiece by the sculptor Jerónimo Hernández de Estrada, presided over by the image of a baroque Immaculate Conception. Worthy of note is a 17th century Saint Peter and an interesting painting of the Suffering Trinity. An image of Our Lady of Bethlehem, which arouses intense devotion, is housed in this chapel.

The main altarpiece of the Epistle nave of this Franciscan convent holds an image of the Divina Pastora, Santa Clara and San Diego de Alcalá. The paintings in the small chapel above the altar are by the famous Cantillana native Ricardo López Cabrera and José María Labrador. This nave is also home to the images of the Christ of Mercy by Castillo Lastrucci and Our Lady of Charity by Francisco Buiza.

The Church also has an 18th-century rocaille cross and the images of Saint Joseph, Our Lady of the Vow, Crucifixion of Saint Philip and Christ Tied to the Column. The Sacristy holds remarkable goldwork artefacts, including monstrances, chalices, trays from the 16th to 19th centuries and several paintings, some by the local painter Antonio Sánchez Palma. 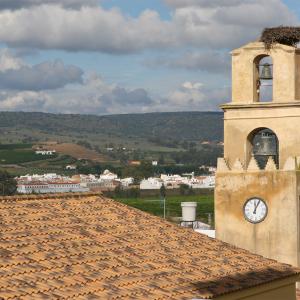 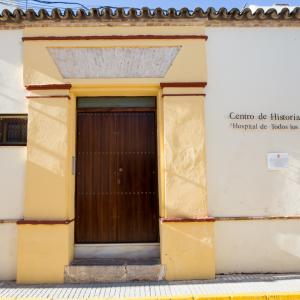 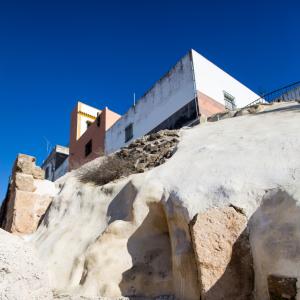 93
0
Archaeological remains in the Alameda
Cantillana 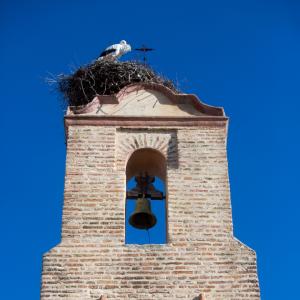 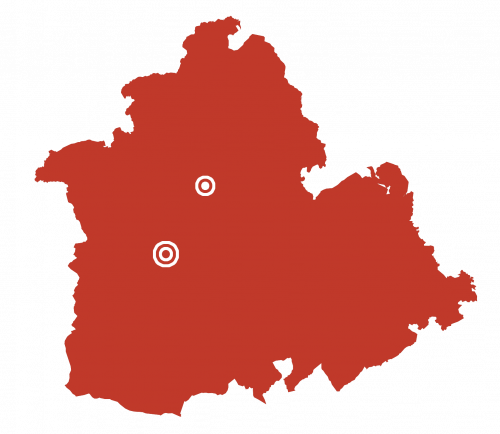