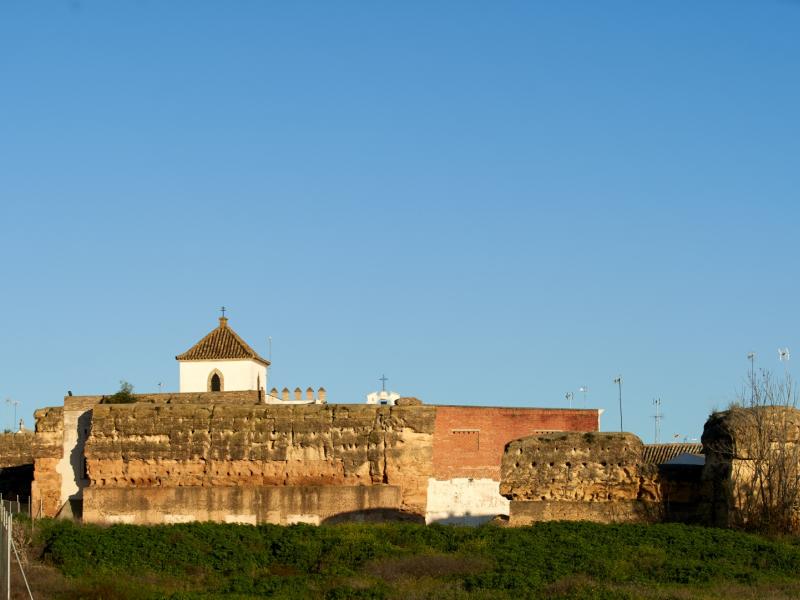 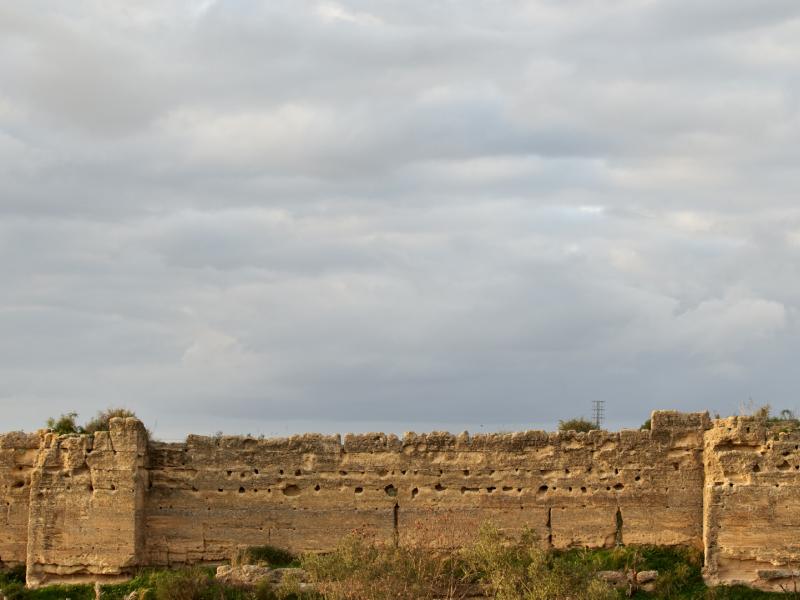 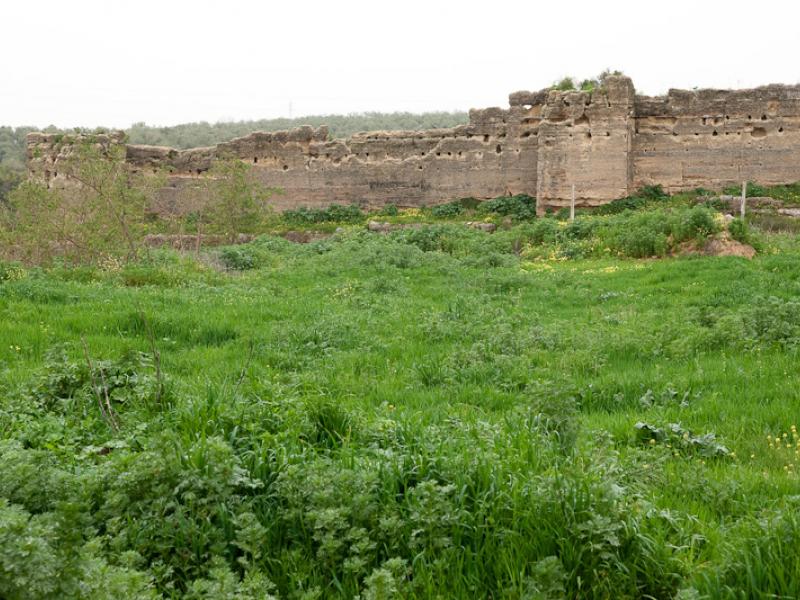 This ensemble is to be found at the southwest end of the current town, the deep ravine of the Carianas stream serving as a natural moat on its north side and the Los Tejares Ravine to the south, forming between them a spur that is only accessible from the east side. The hins would possibly be at the northern end of this spur, in what today is a piece of farmland, and next to the beginning of the Carianas Ravine. The area that the city must have occupied, including the castle, would have been about 6.5 Ha.

It was the Almohads who built the walled enclosure to protect the city from constant Christian attacks, so its construction took place between the 12th and 13th centuries.

Only a few of the 46 towers of the old wall remain. The wall had three gates: one to the south called Puerta del Sol or Puerta del Arco, whose position can still be recognised in front of the church of San Pedro; another to the northwest called Puerta del Castillo, which served as access to the citadel; and one more interior gate to communicate the citadel with the city. Of the three, only the remains of the first have survived.

Overlooking the ravine there is a stretch of about 65 metres with three towers, this being the longest remaining section. Among the town's houses there are also some scattered remains, engulfed by the dividing walls of the houses.

It was declared an Asset of Cultural Interest in 1985.