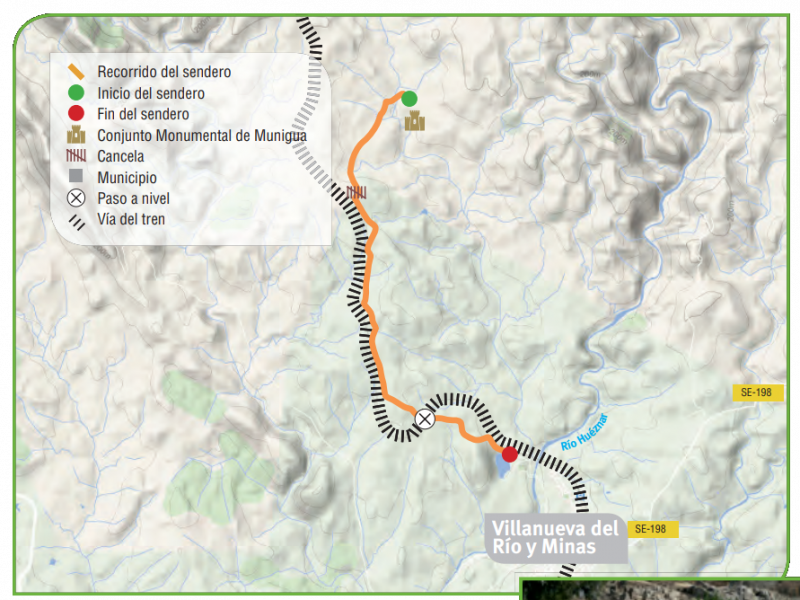 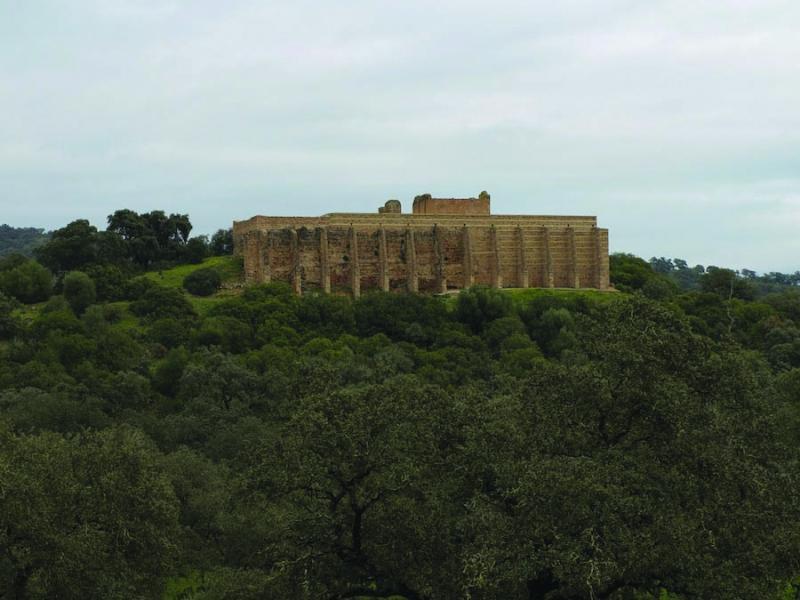 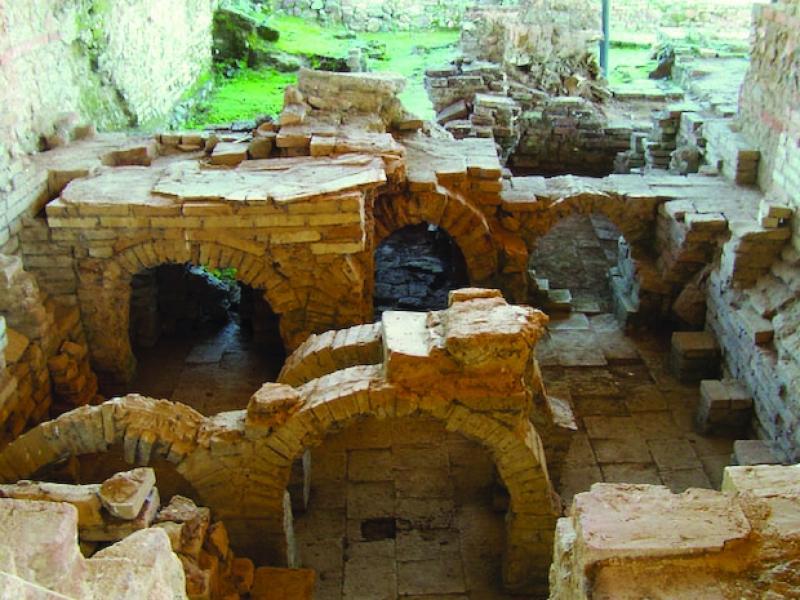 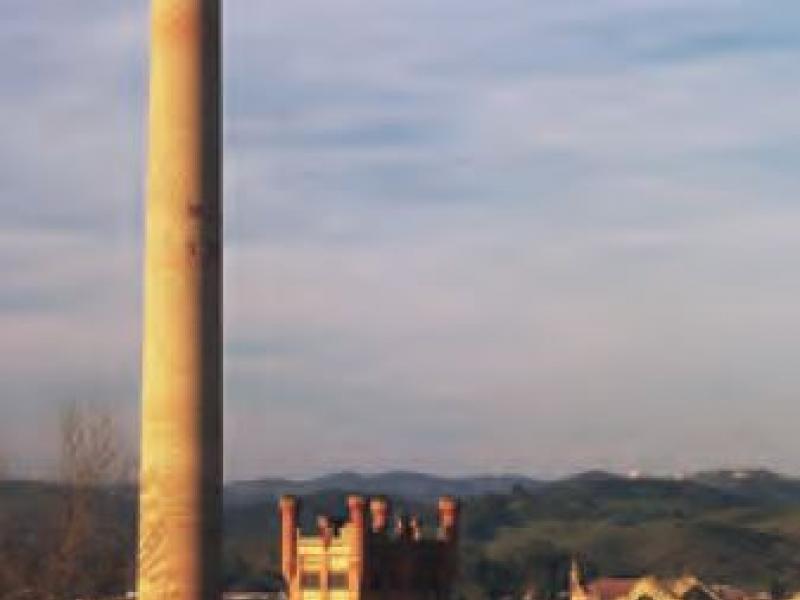 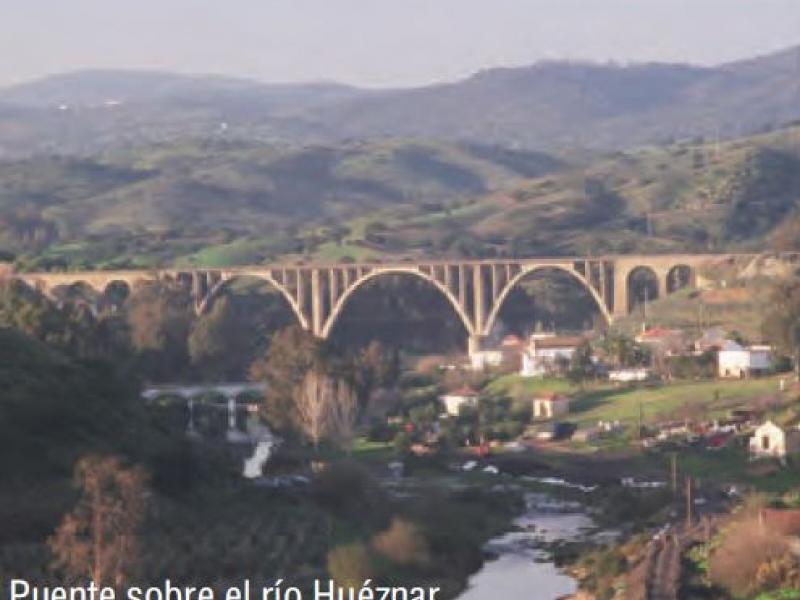 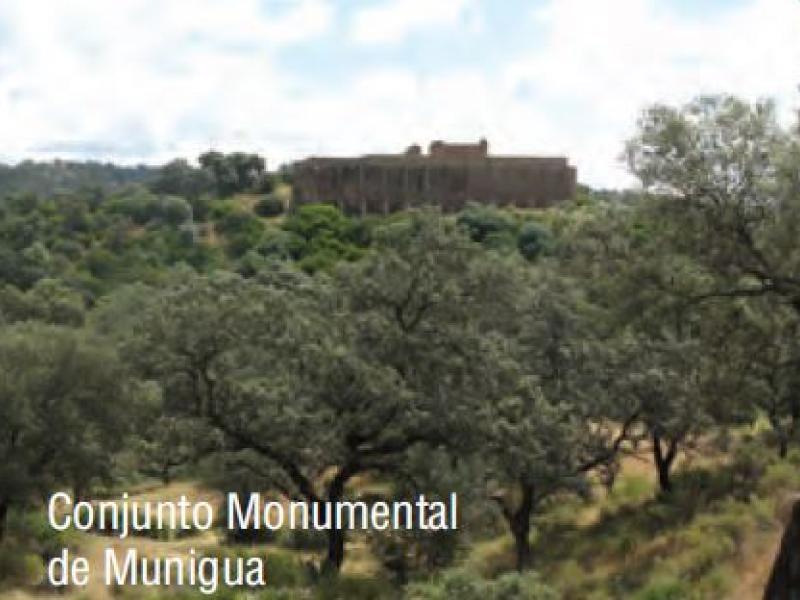 From the lower part of Villanueva del Río and Minas, the route descends further (following a signalled path) to the Huéznar River, crossing it. It is possible to park your car  a few metres ahead of the San Fernando quarter, for example next to the Lago del Mirador.

The most remarkable feature of this spot is the massive Sevilla-Mérida line railway bridge that spans over the river. At the beginning,the route consists on an asphalted route and, at it proceeds, it meets the railway tracks, crossing them by means of a level crossing, and then taking the path known as the Cordel del Pedroso. This drover’s road goes on to the Arenillas Station, when the railway s¡¡tracks take a turn left and the route takes a turn right, crossing a gate which is only opened on the scheduled hours.

At this point, and up to the end of the route, an old signal of the Andalusian Government (Junta de Andalucía) and metal milestones signal the way. This last section of the way offer a good view over the Sierra Norte, and the nearby estates are a good example of the dehesa-based agricultural system.

The best view over the archaeological site cab be enjoyed a few metres before arriving to the Santuario de Munigua, subsequently, the route crosses the Tamahoso and arrives at the archeological site.

Linear. This route starts at the Huéznar River back, at  Villanueva del Río and Minas, and ends at the Roman archaeological site.

The comments are moderated, so it takes a while to appear. If they contain offensive language they will not be published.
Towns
Villanueva del Río y Minas
Información de contacto
+34 955 03 62 00
http://3web.dipusevilla.es/senderos/sendero.php?sendero=28#.WRw_m8btaUk