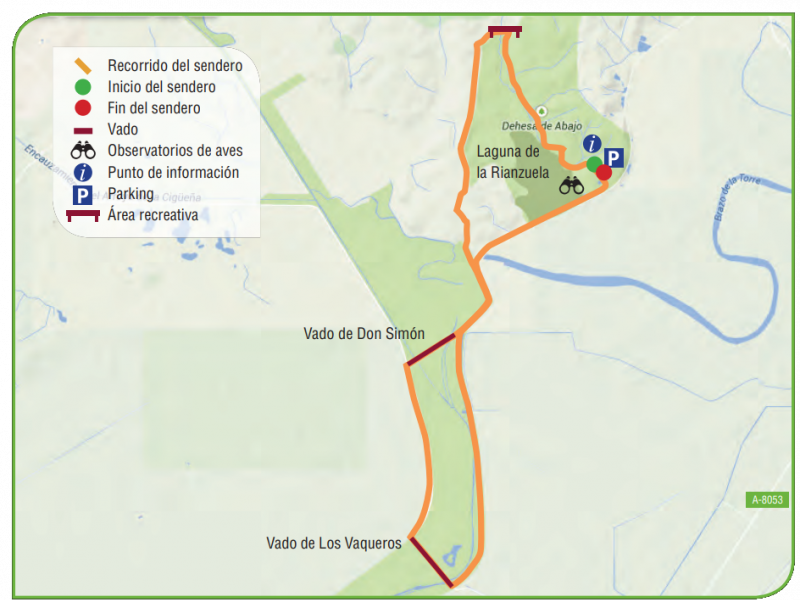 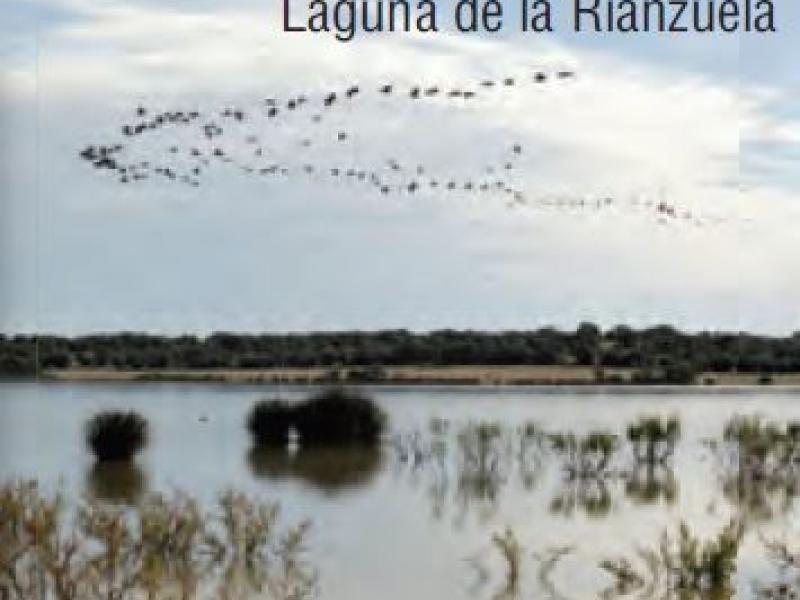 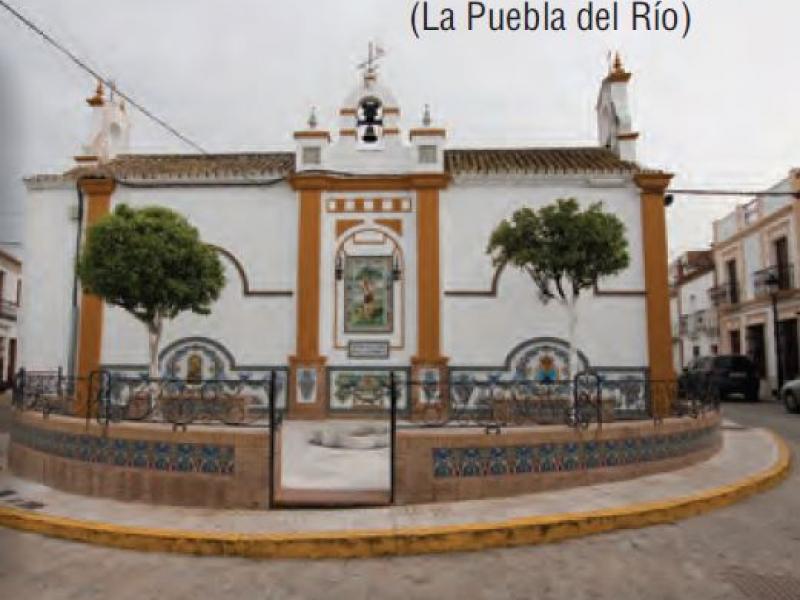 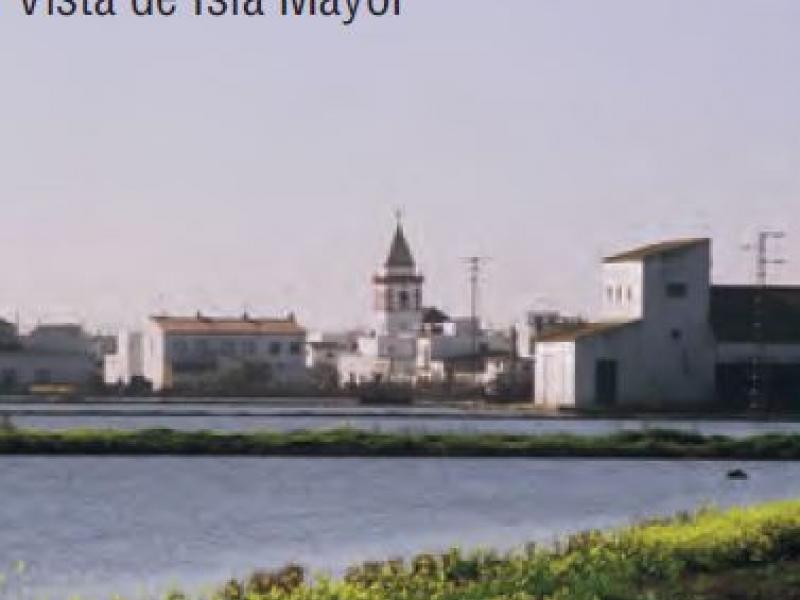 This route starts and ends at the Visitor’s Centre of Dehesa de Abajo. First, it takes the road and then turns first left and then right to arrive to the ford called Vado de Don Simón.

Without crossing the river, the route continues straight on, in a parallel line to the Caño del Guadiamar, until reaching a second ford, the Vado de los Vaqueros. At this point, its crosses the river and make an U-turn to cross the Vado de Don Simón again. From this point, there are two possible ways back: one, by retracing its steps back to the staring point, and the other circling the Rianzuela lagoon; this second route runs across dehesas (estates for livestock farming) with a mixed vegetation of wild olive trees, holm oaks and a pine tree patch.

This route crosses emblematic sites of the Doñana Natural Park such as the Cangrejera, Entremuros (also called Entrevados) and the Dehesa de Abajo Lagoon itself. Irrigation channels, weirs and pumps are used to regulate water inlets to this are, depending on the water requirements of rice crops.

This is sport is significant for birdwatchers as it is evidenced in the specific birdwatching interpretation panels standing at different points of the route, which belong to several ornithological itineraries.

Circular. Starts and ends at the car park by the Dehesa de Abajo cortijio (farm house) and Centre for Interpretation. From this point, the route crosses crop fields and the wetlands of the Caño del Guadiamar only to come back to the starting point.

The comments are moderated, so it takes a while to appear. If they contain offensive language they will not be published.
Towns
La Puebla del Río
Isla Mayor