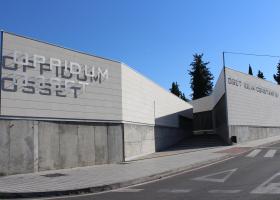 Part of the Roman villa of Osset Iulia Constantia, specifically several walls that could have belonged to a storage structure next to a wall that was built in San Juan and that was a strategic control point of the trade between Híspalis and the Aljarafe, was discovered in this municipality during the works of the Seville metro.