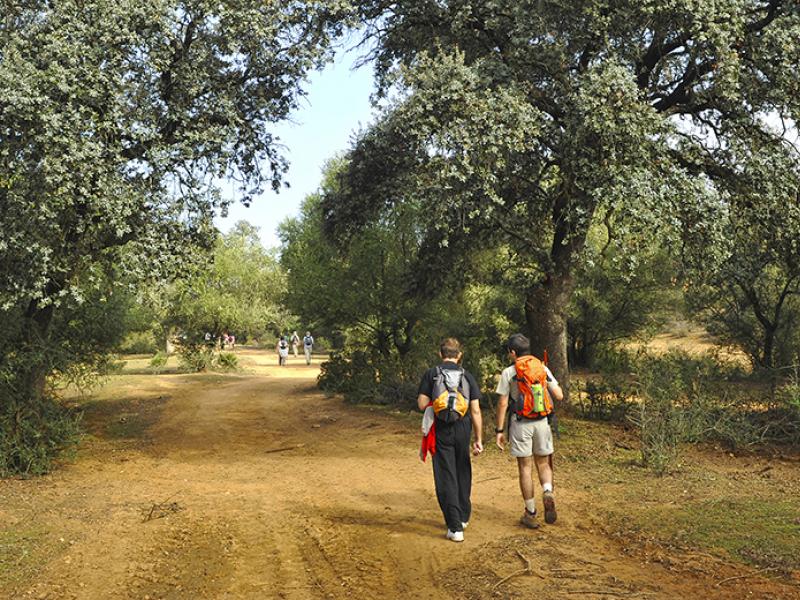 This region is made up of 8 towns connected by a route with centuries of history, the Vía de la Plata or Silver Route. An ancient Roman road, built during the reign of Augustus, it continues to serve its original purpose –to connect the south and north of Spain. A road that, throughout its history, also became the Way of Saint James for Andalusian and Extremaduran pilgrims.

On your visit to the Vía de la Plata towns in Seville, you will enjoy the beauty of its natural surroundings, through which run the Guadiamar Green Corridor and the Huelva and Cala rivers. You can enjoy a wide range of active and adventure tourism, with activities such as fishing, paramotoring, rafting and climbing, among others. Hike on its famous Water Route, where you will discover archaeological treasures, as well as flora and fauna of high environmental value. Alternatively, spend a day with wildlife in Castillo de las Guardas Nature Reserve.

You will also learn about the history of the towns in this Sevillian region, marked by the transit of travellers on the Silver Route. Charming little corners of the province with traces of the civilisations that passed through the Iberian Peninsula. From the Cerro de El Riscal rock art to unique monuments, such as a palaeo-Christian basilica in Gerena and a zawiya in Aznalcóllar.

Last but not least, take part in the traditional festivals, in which the region's delicious food adds to the experience. Typical products include honey, the key ingredient in its sweet treats, artisan cheeses, mushrooms, wild boar and venison meats, and Iberian pork products. Delicacies of the area that will leave you wanting more.

The climate is warm and temperate. The average annual temperature is 18.1°C, and the yearly rainfall is around 563 mm.

The 8 municipalities in Seville's Vía de la Plata region are located beside the old Roman road Vía Augusta, currently the N-630 road. The Huelva and Cala rivers, as well as the Guadiamar Green Corridor, run through this natural area. There is also the Minilla Reservoir, the Serrano Lakes and Castillo de las Guardas Nature Reserve.

Getting to Vía de la Plata

You have two options to travel by car to the municipalities in this region. Take the N-630, the road built over the old Roman Via Augusta, or take the A-66 Ruta de la Plata motorway.

The towns in this region do not have a train station. Still, you can travel on the different bus lines running from Plaza de Armas station in Seville.

Thanks to the region's natural surroundings, it is ideal for hiking and cycling. You will enjoy exploring the Guadiamar Green Corridor and the Water Route. You will also love walking through the streets of the towns, and taking a tour through the villages in this beautiful region of Seville.

You can discover small hidden treasures of great historical value in the Vía de la Plata region of Seville. Among them, in Aznalcóllar, you can visit the Zawiya, the only chapel in Andalusia from the Muslim era that is remarkably well preserved.

Also from this period is the fortress in Castillo de las Guardas. From its viewpoint, you can take in the beautiful views of the Vía de la Plata. However, the most popular spot with tourists is the Nature Reserve, where you can spend a day with wildlife. It is also interesting to take the route through the 10 hamlets that are part of this region. You will come across dolmens and the source of the River Guadiamar.

You will be amazed by the beautiful scenery you will see on the region's many nature trails. For example, in El Madroño, you will come across the Encina del Perro Natural Monument, a centuries-old holm oak tree whose shade is more than 600 metres long. In this same area, another route will take you to Cerro El Riscal, where you can discover the rock art hidden in the surroundings.

Gerena is a town that owes its history to the quarries, as you will find out in the Museo del Cantero and during a visit to the Las Cruces Mine. Stroll through this charming town, where remains of its ancient walls and Roman ruins are still preserved. However, the most remarkable attraction is the remains of a palaeo-Christian basilica, surrounded by a necropolis, the oldest in Andalusia.

Above all, do not miss the Water Route in Guillena, with its amazing surroundings, and relax at the Minilla Reservoir in El Ronquillo. The latter is often visited by fishing enthusiasts, as are the Serrano Lakes.

Come and continue to explore the treasures of this Sevillian region, located in the old Via Augusta, or, the 'Vía de la Plata' as it will be known for posterity. 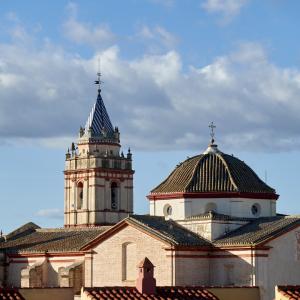 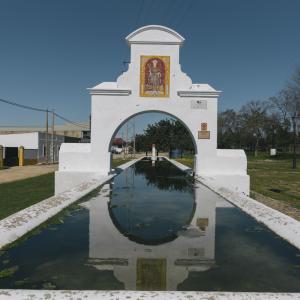 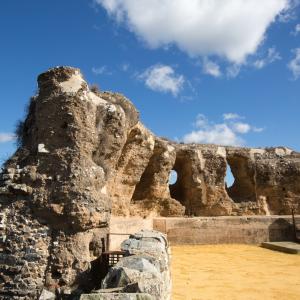 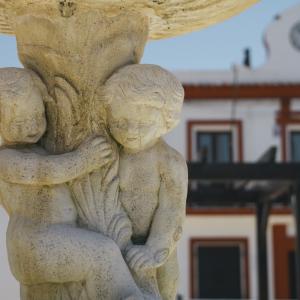 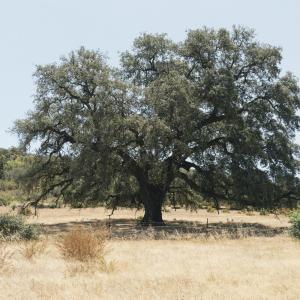 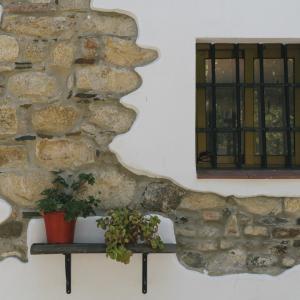 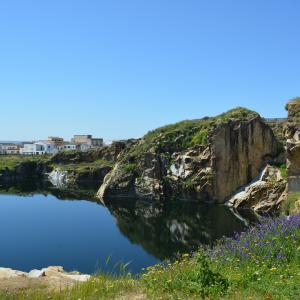 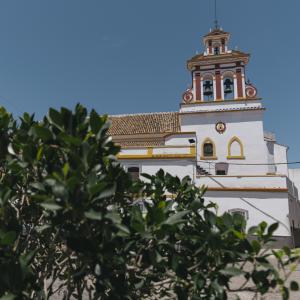