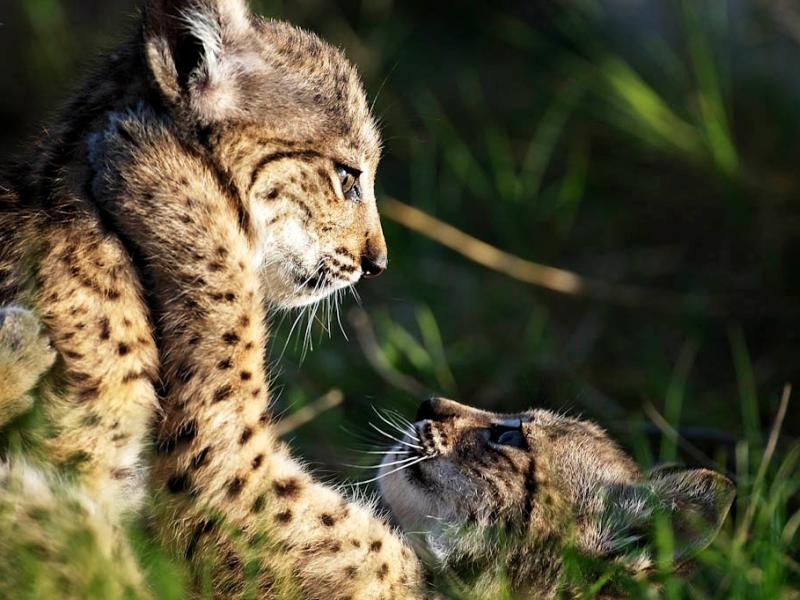 The most emblematic natural area in Europe

Enter the kingdom of water and air, the silence of the forests and grassland, the deafening noise of the birds in the marshlands and the peace of the wetlands and meadows. Forests and dehesas, lagoons and grasslands, located in the forest - marsh ecotone, in the middle of the Eurasia - Africa migratory corridor: the perfect territory for observing an ornithological biodiversity unmatched in quantity and quality compared to any place in Doñana and the rest of Europe.

The people of Aznalcázar, La Puebla del Río and Villamanrique de la Condesa have shaped this ancient, wooded coast over the course of history. They sailed the Guadalquivir and the Guadiamar. They turned cork oak forests into pine forests, woods into pastures. A deep forest culture of hunting and pine nuts, woods, resins and honey, is mixed with the cattle pastures of the holm oak and wild olive dehesas and placid water meadows.

Living cultural landscapes, where history remains present. Places such as Los Planos, El Torreón, Colinas, la Cañada de los Pájaros and La Dehesa de Abajo, Tornero, Dehesa Nueva, La Dehesa Boyal, El Colmenar and Las Trescientas… All of them, and many more, are intrinsically linked to the woodland attributes of this unique piece of Doñana in Seville. Shade and shelter. Settlements and shepherds. Horses and bulls. Eagles and lynxes.

Culture and nature have shaped the municipalities of Aznalcázar, La Puebla del Río and Villamanrique de la Condesa along their forest border with the marshland and rice fields. This border position, a hinge between drylands and marsh, gives these forests great ecological potential. In the wet areas, such as La Cañada de los Pájaros and La Dehesa de Abajo, both in La Puebla del Río, the flocks of birds form massive clouds in their movements between the rice fields and the lagoons. In Aznalcázar, you cannot miss the José A. Valverde National Park Nature Interpretation Centre, known as Cerrado Garrido, located on the border of Doñana National Park.

The careful management of this great socio-ecosystem allows the survival of a community of carnivores to be found nowhere else in the world. Species such as the genet, the ferret, the badger, the mongoose, the fox and the Iberian lynx prowl around holm oak, wild olive and cork oak dehesas, such as Tornero, La Dehesa de Abajo and Dehesa de Gato. Balanced and harmonious landscapes that flow from season to season inspire natural and eco-friendly tourist activity, in tune with the environment.

In the marshes of the Guadalquivir, islets and short oxbow lakes make up the scenery of the Guadalquivir Bajo, providing a variety of routes and different ways of travelling through remote areas, only suitable for experienced rice farmers and fishermen who are familiar with the tides, and the birds that nest on the ground of the islets or in the trees on the banks. On our visit, time passes slowly beside this great wet plain, to the rhythm of the waters that lead us among fighting bulls, Carthusian horses, wild bird colonies and the scenery of the deepest and most authentic Doñana in Seville.

The rice fields have a unique and spectacular history and biodiversity. Created by man over a hundred years ago, these wetlands, the only ones of their kind in Europe, are home to birds that nest on the border with Doñana. Reed beds, small beaches lined by rushes and nut sedge, sunken or muddy boards, pipes full of tamarisks, where you can feel the tides and the transition to Doñana comes naturally. There are hundreds of small wintering birds, some of the most numerous being the common chiffchaff and bluethroat. In spring, the reedbed hosts the common reed warbler and the Cetti's warbler.

In its pastures, scrubland and rainfed cereal croplands, La Veta de Alí offers shelter and food for grassland species such as the lesser short-toed lark, the stone curlew, the pin-tailed sandgrouse and the collared pratincole and, in winter, the Richard's pipit.

In the Guadiamar Green Corridor Protected Landscape the waters of the river run free all year round at the gateway to Doñana in Seville. An oasis in the Sevillian countryside and a natural means of penetration into the marshland. This river of pure clean waters unites two different worlds in the province of Seville: Sierra Morena and Doñana are linked by the miracle of water and gravity through the Sevillian countryside in the middle stretch of the Guadiamar. Barbels, ides and countless insects and invertebrates take advantage of its rich, well-oxygenated waters to live and breed, in turn, providing sustenance for otters, ducks, herons, moorhens, finches and diurnal and nocturnal birds of prey, which complement their diet with mice, shrews and lizards from the nearby drylands. Its small basin nourishes a riverside forest in which elms, eucalyptus, willows and poplars grow side by side on both banks, giving full meaning to the expression "living gallery".

Perches, nests, shelters, burrows, schools of fish. The fauna of the river and its authentic natural landscape have different surprises in store for the visitor according to the time of year and hour chosen for the visit. Don't miss the Buitrago Botanical Park and the Guadiamar Visitors' Centre.

The Vado del Quema crosses a former mining river that is forever sacred. It is an obligatory baptismal stop for thousands of pilgrims every year, and millions of people over the centuries on their pilgrimage to the chapel of the Virgen del Rocío.

Marshes, dehesas, forests and rivers, together with the municipalities themselves, make up a small universe full of life and biodiversity, which, all year round, offers us the possibility of enjoying the most important, emblematic and well-known natural area in Europe.